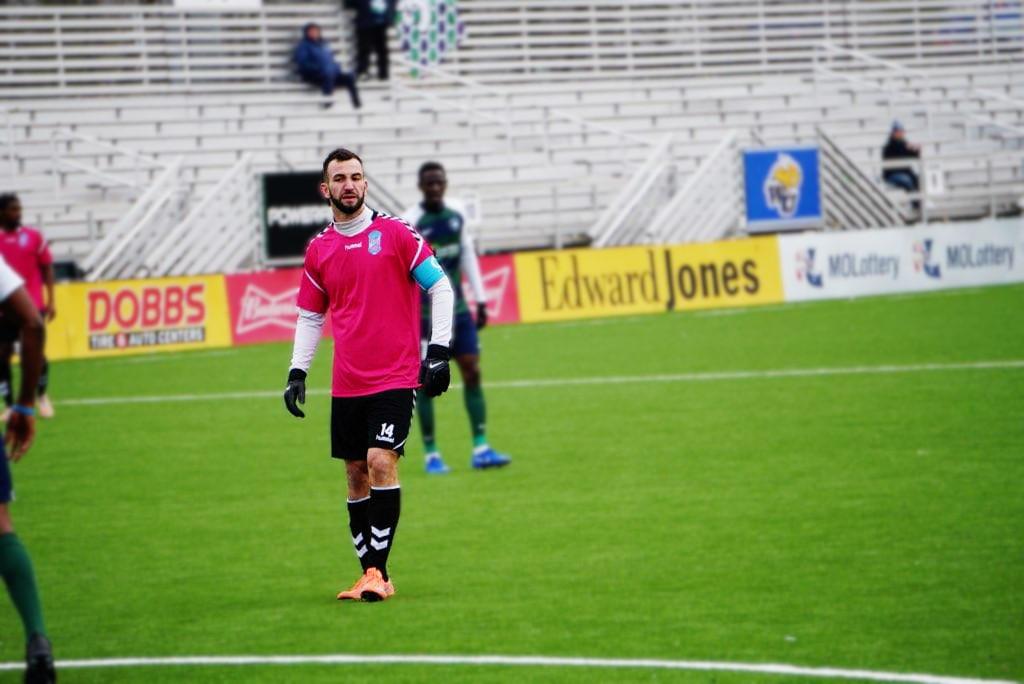 Forward Madison FC showed signs of progress but ultimately suffered defeat in a preseason friendly Saturday afternoon, falling 1-0 away to Saint Louis FC of the USL Championship. The game marked FMFC’s second match of the preseason as the team continues towards its inaugural USL League One match on April 6 in Chattanooga, TN.

Head Coach Daryl Shore said that despite the scoreline, he was happy with the attitude and commitment his team showed.

“It felt like the first half, leading up to the goal that we gave away, we were finding good spots on the field, we were looking to get forward as quickly as possible,” Shore said. “The final product in the final third of the field needs work and that’s to be expected after two weeks of preseason, but overall (I’m) pleased.”

According to Shore, the Minnesota trainees adapted quickly to his system.

“They added to our group, but also picked up right away what we try to do as a team and fit right in,” he said.

The game began quietly, with no major chances for either side in the first 20 minutes. Winger Paulo Jr. nearly provided the initial breakthrough for Forward Madison in the 27th minute, forcing a fine save from Saint Louis FC goalkeeper Jake Fenlason. What looked like a promising chance quickly turned sour, though, as Saint Louis drove up the other end of the pitch and found a goal via a left-footed strike from winger Kadeem Dacres in the 28th minute.

FMFC started the second half with an unchanged lineup, but brought on a bevy of replacements shortly after the hour mark. Included amongst the substitutes was striker Brian Bement, who grew up playing soccer in St. Louis. Bement had friends and family in attendance, and Shore chose to give him the captain’s armband for the remainder of the match.

“Brian’s a guy that we know is going to come in and work his butt off,” Shore said. “(I) just felt it was fitting in the last 30 minutes with him coming on that we give him the armband and let him come home and have a good reunion.”

Forward Madison will continue its preseason schedule on Tuesday, staying in St. Louis for a game against Saint Louis University. Next Saturday, FMFC will return home to unveil its inaugural season jerseys in an event for fans at Breese Stevens Field.