As a trialist for Minnesota United, FMFC’s new signing made the most of his chances 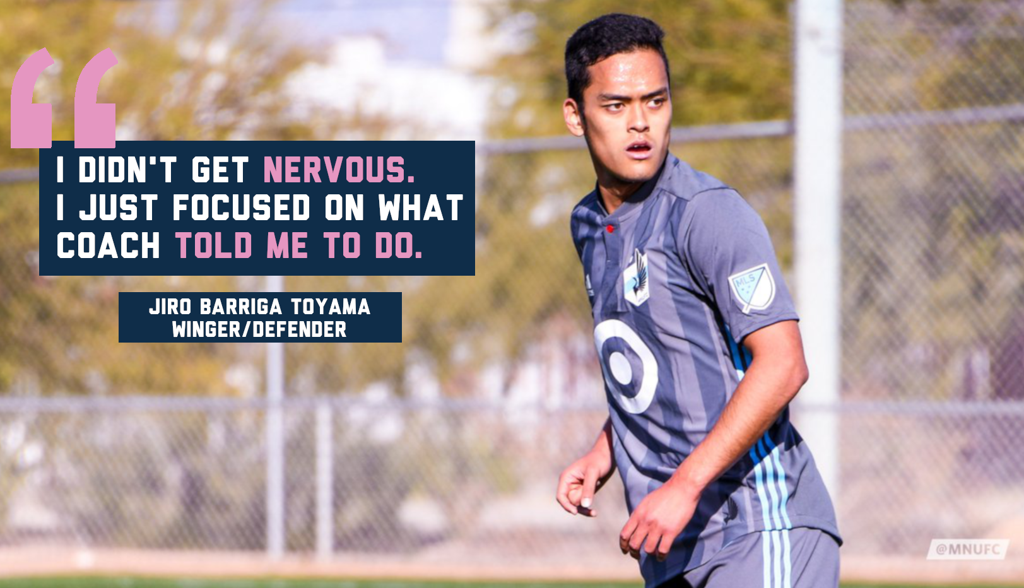 2018 had been a rough year for Jiro Barriga Toyama. After graduating from Florida Gulf Coast University, he went on trial for Minnesota United, but didn’t make the team. Things got worse when Barriga Toyama picked up a shoulder injury, which left him out of the game for seven months due to surgery. His chances of starting a pro career looked slim.

Earlier this year, though, Barriga Toyama got another chance. He was invited, once again, to train with Minnesota United. On Jan. 29, when Minnesota opened its preseason schedule with a friendly against USL League One side FC Tucson, Barriga Toyama was there, sitting on the bench, waiting his turn.

In the second half, with the Loons up 2-1, Barriga Toyama came onto the field. There was one problem, though: he had been told to line up as a left-sided winger, when he’d been playing as a left back for the past two years. Undeterred, Barriga Toyama pressed forward. This was his chance, and he had to make something of it no matter the circumstances.

“I didn’t get nervous,” he said. “I just focused on what Coach (Adrian Heath) told me to do.”

Early in the second half, Barriga Toyama made a late run into the 18-yard box and kicked out at a loose ball. Incredibly, he’d scored a goal. Then, suddenly, he got another opportunity, and Barriga Toyama evaded the defenders and scored again. Two goals. Finally, late in the game, he made a long run into the box again, opening up space. Barriga Toyoma received a hard-hit pass, took one touch to move it in front of him, opened up his hips, and scythed it into the far corner of the goal. His third of the match.

“Before the game, I didn’t think about scoring a hat trick,” Barriga Toyoma said. “I was just surprised when I scored the third goal.”

Far away from the soccer field in Arizona, Minnesota United fans became enamored with their mysterious trialist as they saw his highlights and did their own research. On the /r/MinnesotaUnited reddit page, users lavished praise on Barriga Toyama.

“This kid has some talent,” wrote /u/bigglejilly. “The footwork from Jiro on his 2nd goal was class,” said /u/RF_Nevac. Another user, /u/sync0s, even suggested that Minnesota Sporting Director Manny Lagos might be ready to “pull the trigger” on signing him.

MNUFC Fans, does Jiro Toyama get signed? The LB has quickly become a pre-season fan favorite and has received plenty of attention on MNUFC social media. Thoughts? pic.twitter.com/WdCPgPbN2M

The fans, though, don’t get to make the ultimate decision on player signings. That duty, of course, is up to the coaches. And although Barriga Toyama wasn’t signed to Minnesota United, there was another manager there who took notice of him.

Daryl Shore, head coach of Forward Madison FC, had traveled down to Arizona to work with Minnesota United in preseason as part of the two clubs’ partnership agreement. Shore saw what Barriga Toyama had to offer, and he became interested in bringing him to Wisconsin as part of FMFC’s inaugural roster.

“Minnesota’s coaching staff brought him to our attention,” Shore said. “[Jiro is] a good fit for our team. He has an attacking mindset and likes to get forward, he is very comfortable on either side of the field and [he has] attacking abilities along with defensive awareness.”

As of Tuesday afternoon, it’s official: Jiro Barriga Toyama is the newest member of Forward Madison FC. On March 2, before he had been announced, he started his first preseason game for the club, playing on the right wing in a 1-0 defeat to Saint Louis FC. 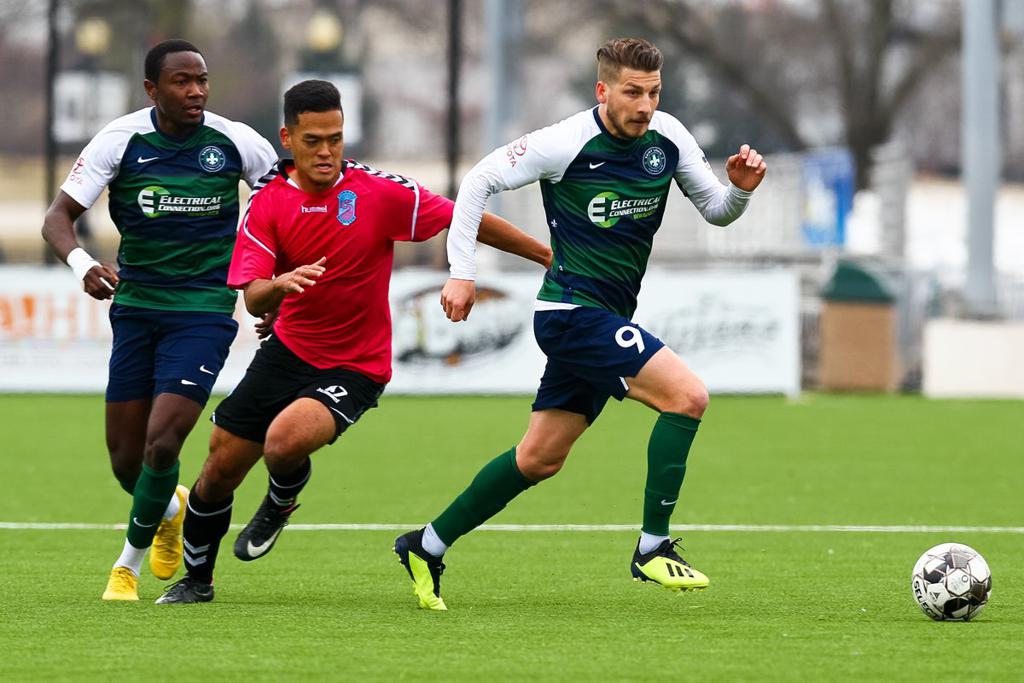 When all looked lost, Barriga Toyama came back stronger than ever. Playing outside of his normal position after a long injury layoff, he had looked right at home with Minnesota, earned plaudits from fans and coaches alike, and eventually signed a pro contract in Madison. Now, with FMFC’s USL League One season kicking off April 6, it’s time for him to take the next step.

“I’m very grateful for the opportunity to be a part of Forward Madison,” Barriga Toyama said. “I can’t wait for the season to start and to make our supporters proud.”