Win Flamingos For A Year! 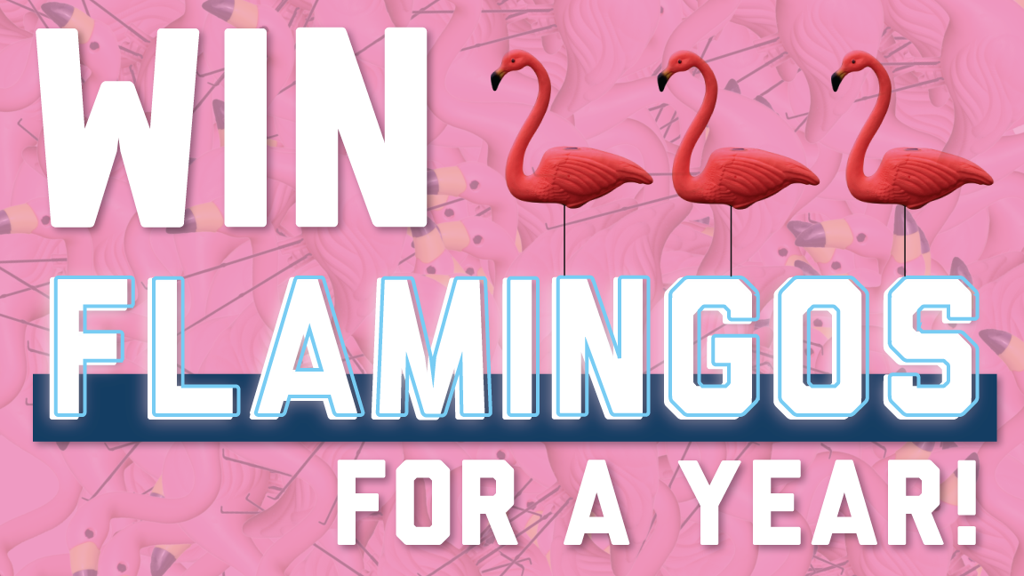 Forward Madison FC is giving away plastic flamingos for a year and one free season ticket to celebrate its inaugural season, the club announced Thursday. Anyone is eligible to enter the contest, which runs through March 20.

What does "Flamingos for a Year" mean? It’s exactly what it sounds like. The contest winner will receive an FMFC-branded plastic pink flamingo delivered to their door once every week for a calendar year. The flamingo might be delivered by a member of our front office staff... It could even come from a Forward Madison FC player or coach - who knows?

One flamingo every week, 52 flamingos in total at one lucky winner’s doorstep - now that's what we call going #FullMingo. Oh, and we're also throwing in a FREE Forward Madison FC Sideline season ticket to boot ($476 value). When we said "Flamingos for a Year," we weren't messing around.

Fans who want to enter the contest need only fill out the entry form below for the club and share it on their social media. As part of the deal, We’re also putting 1,008 FMFC-themed flamingos on sale in one bulk package to commemorate the 1,008 plastic pink flamingos that pranksters Leon Varjian and Jim Mallon put on Bascom Hill in 1979.

Win Flamingos For A Year!