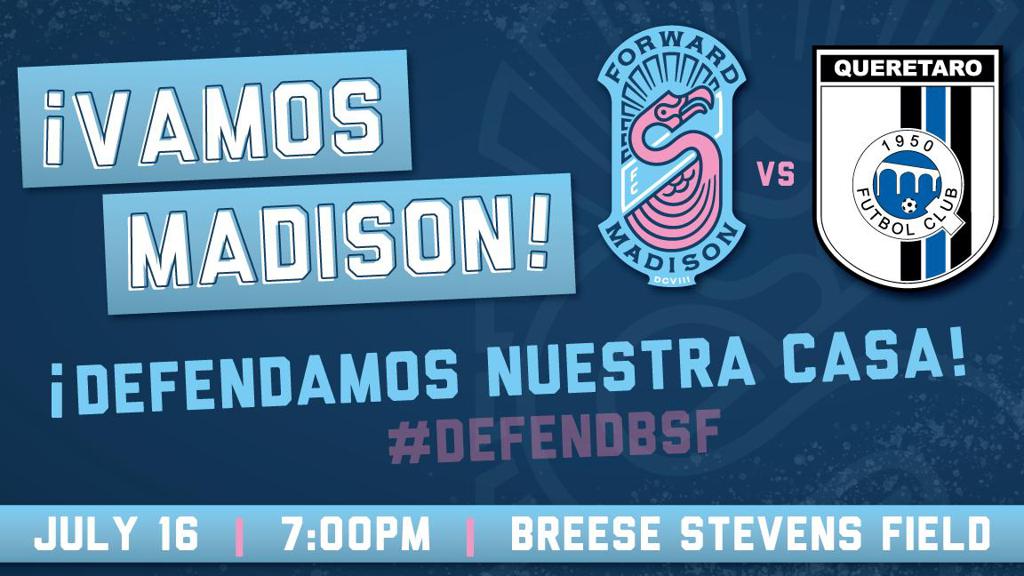 Forward Madison FC will host an exhibition game against Liga MX’s Querétaro FC on Tuesday, July 16 at 7 p.m. at historic Breese Stevens Field, the team announced Thursday. Liga MX is Mexico’s most prestigious soccer league, and Querétaro has been runners-up as recently as 2015.

According to Forward Madison Managing Director Peter Wilt, the exhibition will be a chance not only for Forward Madison to test itself against high-level opposition, but also an opportunity to strengthen the connection between the club and the Latino community in Madison.

“This will be an exciting game, and we expect to have plenty of fans for both Forward Madison and Querétaro creating an electric atmosphere,” Wilt said. “Bringing in a Liga MX first division team from Mexico is a testament to Forward Madison’s commitment to Madison’s Latino community.”

Forward Madison season ticket holders will have the Querétaro FC exhibition included in their season ticket plans, and will also have first dibs on purchasing tickets to the game in a pre-sale window starting March 29. Tickets go on sale to the general public on April 4. Fans can sign up for season tickets to the inaugural 2019 season now at: https://www.forwardmadisonfc.com/season-tickets.