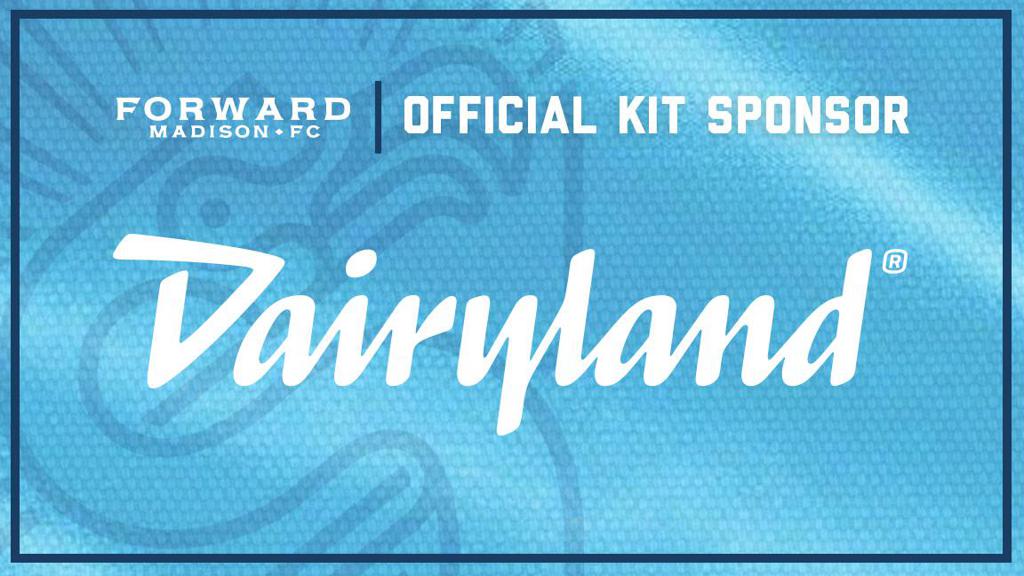 Forward Madison FC has signed an agreement with Dairyland Insurance to be the team’s primary jersey sponsor, the club announced Friday. Dairyland will serve as one of the club’s main commercial partners, and its logo will feature on the front of Forward Madison’s jerseys during its first three seasons.

Forward Madison will unveil the Dairyland-sponsored home and away jerseys on Saturday, March 9 during an event at Breese Stevens Field. According to Vern Stenman, president of Big Top Sports & Entertainment, Forward Madison’s ownership group, Dairyland is an ideal match for the club.

“We’re delighted to have found a partner in Dairyland that shares our vision of what professional soccer can mean to Madison,” Stenman said. “They have Wisconsin roots, care about the local community, and even their name is reflective of Wisconsin values. It’s the perfect fit for us.”

According to Dairyland president Pete Anhalt, Forward Madison has already established itself as a club that cares about its community.

“Dairyland Insurance is proud to be a partner to the greater Madison community and now Forward Madison FC,” Anhalt said. “Soccer has an amazing way of bringing people together and we are excited about the opportunity to engage with fans from across the area.  We look forward to a great inaugural season in USL League One.”

Forward Madison FC’s inaugural season is nearly here! The team will kick off its first-ever game on April 6, and open at home on April 27 vs Greenville Triumph SC. Get season tickets and 5-game packs to see Forward Madison’s inaugural season at: https://www.forwardmadisonfc.com/tickets. Single game tickets go on sale Saturday, March 16th at 10:00 AM.