FMFC will take on Creighton Men's Soccer in Rockford 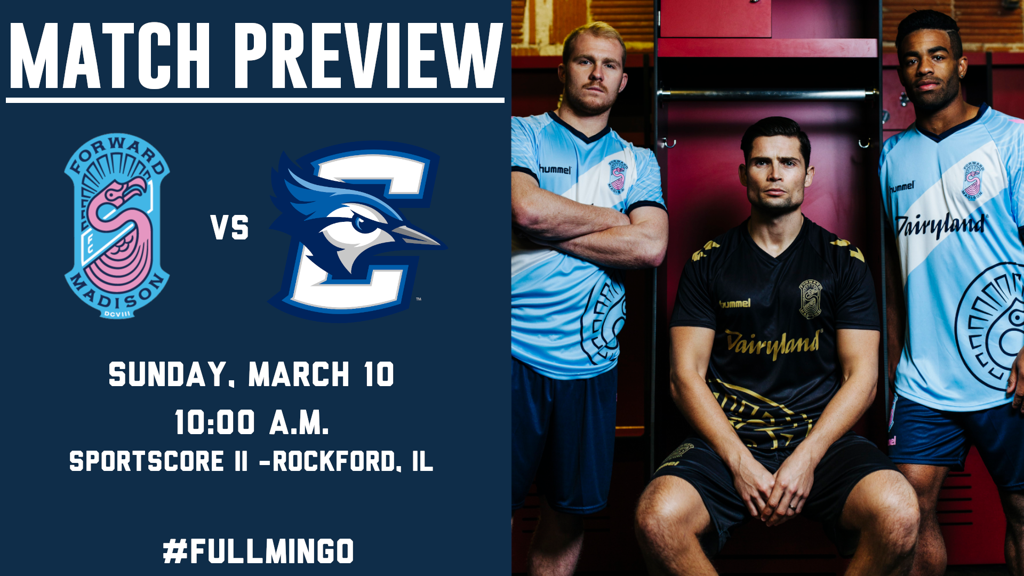 A game for the fans

Forward Madison FC will continue its inaugural preseason schedule Sunday morning when it takes on Creighton Men's Soccer in an indoor facility in Rockford. Forward Madison has invited its supporters to make the trip down for the game.

Creighton Men's Soccer finished first place in the Big East Conference in 2018, but fell to Marquette on penalties in the Big East tournament. The Bluejays went 11-4-3 overall and boasted two players (Akeem Ward and Joel Rydstrand) who were picked in the 2019 MLS SuperDraft. Creighton is coached by former MLS midfielder Johnny Torres.

Following the Creighton friendly, FMFC will return to Madison for a game against UW-Parkside on March 15.