Free admission to Saturday night's game at the Marquette Dome 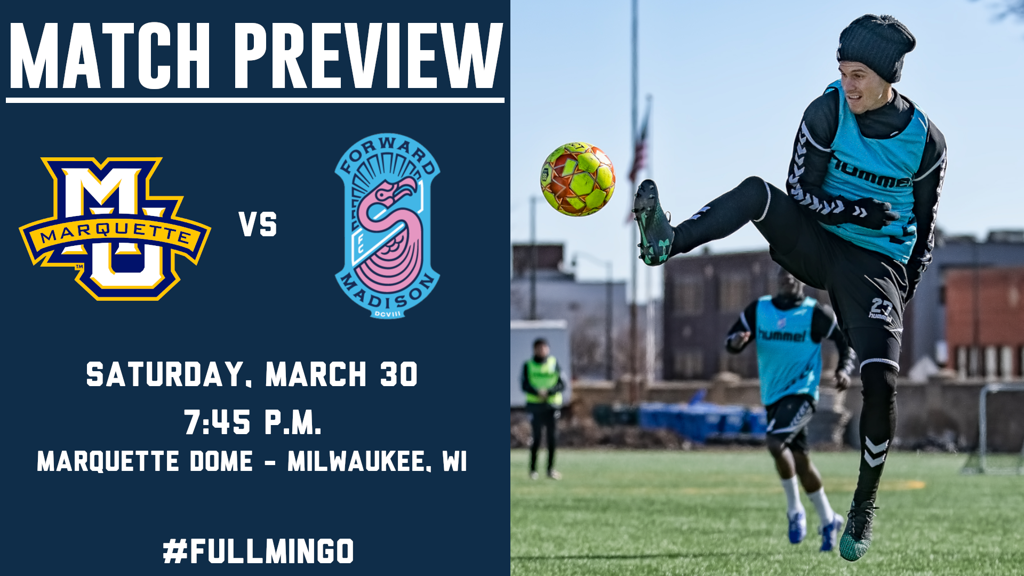 Forward Madison FC will play its final preseason game - as well as its first with open admission for fans - Saturday night when it travels to Milwaukee to take on Marquette University Men's Soccer. The match will be the final chance for players to impress Head Coach Daryl Shore before the Flamingos' season opener away to Chattanooga Red Wolves on April 6.

Saturday’s game, hosted at the Marquette Dome, will be open to the public, and is thus a chance for fans to get a feel for how the team is coming together. The Flock, FMFC's independent supporters' association, has scheduled a bus trip down to Milwaukee for the game.

The Flamingos will have 24 players on-hand for the game. Along with 19 rostered players, FMFC will be joined by one player who has just signed his contract but is currently unannounced, and four Minnesota United players here in training.

Forward Madison took home a 7-1 victory over UW-Parkside in its previous preseason game on March 15, and will look to continue the trend as the team makes final preparations for the USL League One season, which officially gets underway Friday night. FMFC plays at home for the first time in a test run of Breese Stevens Field on April 16 before taking the pitch for its inaugural home opener on April 27.

Marquette went 7-9-3 in 2018, finishing fourth in the Big East conference. The team is coached by Louis Bennett, who led the Golden Eagles to a Sweet 16 appearance in 2013.