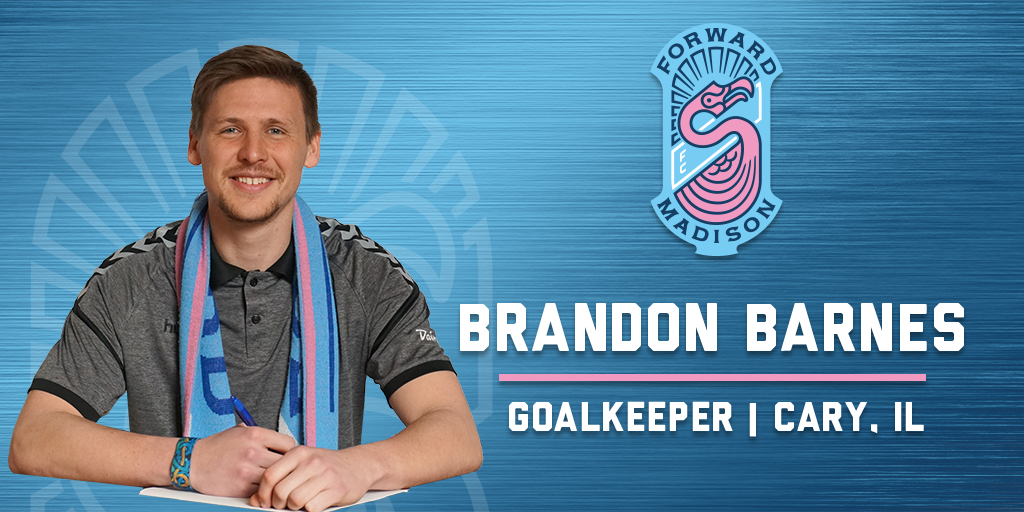 Forward Madison FC has signed 24-year-old goalkeeper Brandon Barnes, the final non-loan player to join the team’s inaugural roster before its USL League One season starts Saturday in Chattanooga, Tenn. Barnes played last season with the Richmond Kickers of the USL Championship, and he becomes the third former Richmond player to join FMFC, due in part to the recruiting connections of assistant coach and ex-Kicker Neil Hlavaty.

“When I found out that I didn’t have a place to go, the first person I called was Neil,” Barnes said. “Given the opportunity to play here and sign with a team in their inaugural year, it’s an honor.”

Barnes went on trial for several weeks in preseason before Forward Madison’s coaching staff decided to offer him a contract. According to Head Coach Daryl Shore, Barnes will come in as a backup, but has the qualities to fight for starts.

“All of our goalkeepers are brought in knowing it’s a competition, and they have to push each other to make each other better,” Shore said.  “Brandon’s a quality goalkeeper who’s young and has a great upside. He’s athletic, he’s a good shot-stopper and he is pretty good with his feet as well.”

Barnes signed with Richmond last year as the third-string goalkeeper, but worked his way up to earn four starts near the end of the year. In Madison, Barnes said he’s ready to take his time, learn and get better.

“It’s definitely exciting to be here,” Barnes said. “As a backup, your job is to support, encourage and push people in front of you to make them better. And then when you get your chance, you take it.”