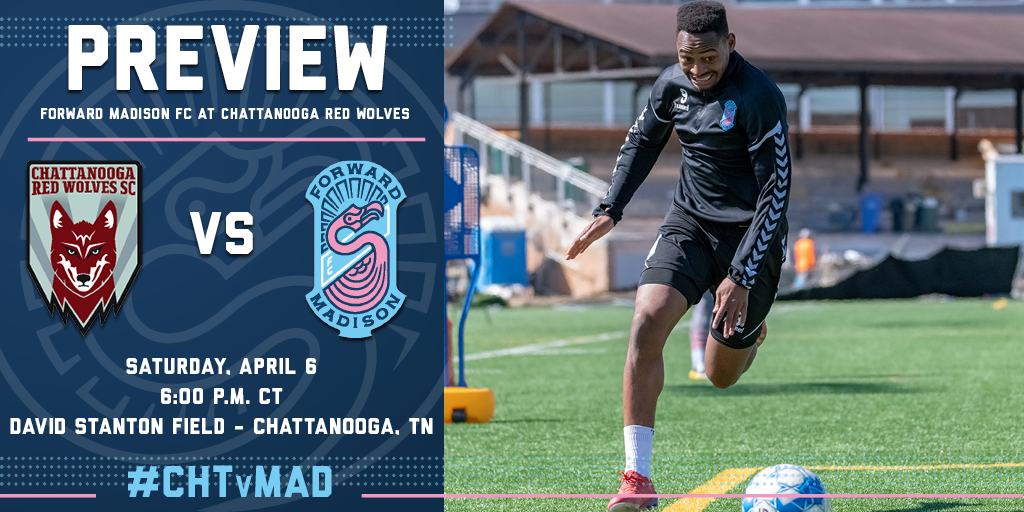 Forward Madison’s players, coaches and fans have waited a long, long time for this moment. On Saturday night, the club will kick off its first-ever competitive match on the road against Chattanooga Red Wolves SC, marking a historic moment in Flamingo history.

Head Coach Daryl Shore, who has been building the FMFC roster since he was hired over six months ago, said he can't wait to finally get his team out on the field.

“There’s some excitement, there’s some anxiousness and I think everybody’s just ready to finally get the season underway,” Shore said. “It’s been a long, seven-week preseason and the guys have put a lot of hard work in. They’ve really concentrated on the things we’ve talked about, what we want to be as a team. Now it’s a chance for us to finally go out and start.”

According to Shore, much of his starting lineup has already been decided by this point. Forward Madison will be without two players for its inaugural match: Midfielder Danny Tenorio is still recovering from knee surgery following a meniscus tear in preseason, and is expected to be back in team practices soon; Goalkeeper Brian Sylvestre is out with a hand injury, but has already returned to training, albeit wearing a splint.

The Flamingos will be aided in Tennessee by a healthy contingent of traveling support from Madison. Around 40-50 fans are expected to make the trip, and will sit together in a section behind the FMFC bench.

“From day one our fanbase has been awesome,” Shore said. “The Flock and all the other fans followed us through preseason, and now having them come down to Chattanooga, it’s going to be a great feeling for our guys to know there are some fans traveling from Madison.”

Forward Madison’s opponent, Chattanooga Red Wolves SC, began its season last week with a 2-3 loss away to North Texas SC. The team is coached by Tim Hankinson, a longtime manager at every level of professional soccer in the U.S. The Red Wolves squad contains a healthy veteran presence, with Shore picking out 35-year-old striker Éamon Zayed as a potential threat.

“They’ve got a really good attacking group,” Shore said. “We’re well aware that, even though they lost their first game, they’re a talented team, they’re a veteran team and they’re going to be looking to get off on the right foot in their home opener.”

For many fans, though, the result is ultimately secondary; No matter what the score, Saturday night represents the dawn of a new era. It's the start of professional soccer in Madison.