Flamingos’ first entry into U.S. Soccer’s biggest tournament is away to Milwaukee Bavarians 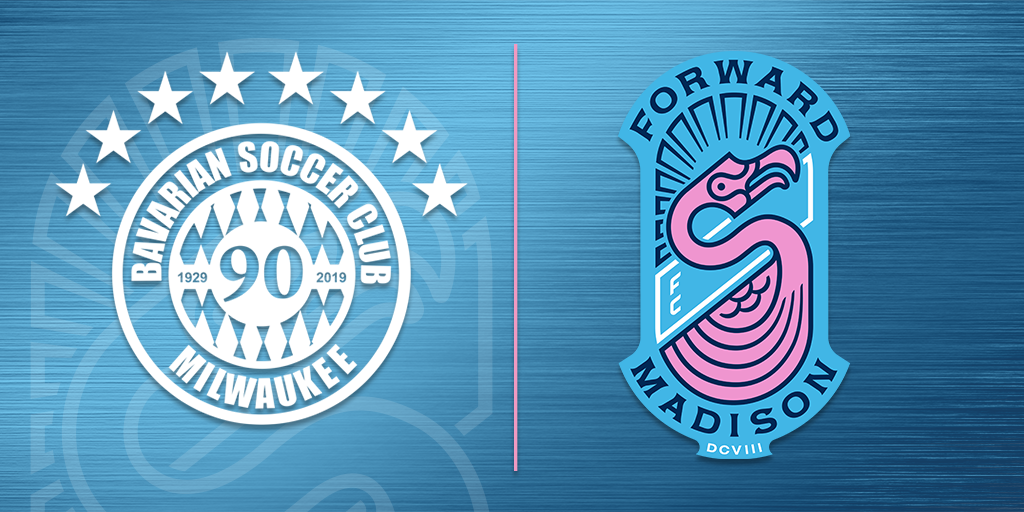 Forward Madison FC has been drawn to play against Milwaukee Bavarian SC in the first round of the 2019 U.S. Open Cup, the club learned Wednesday. The match will take place at 7:30 p.m. on May 7 at Uihlein Soccer Park in Milwaukee, with the Bavarians having won hosting rights via a coin flip.

Now in its 106th year, the Lamar Hunt U.S. Open Cup – U.S. Soccer's national championship, so to speak – is the oldest continuously running soccer tournament in the country, and one of the oldest in the world. What makes it unique in the landscape of American sports is that the Open Cup, like the name suggests, is completely open. Any team, pro or amateur, from the heights of Major League Soccer down to a local pub team, can try to qualify for the tournament and become champions.

Bavarian SC, founded in 1929, is an amateur team, and is by far the oldest club in this year’s tournament.  They qualified for this year’s Open Cup by winning the U.S. Adult Soccer Association’s Amateur Cup in August 2018. Over the years, some of the most important figures in Wisconsin soccer history have played for the Bavarians, including Bob Gansler, head coach of the United States men’s national team in the 1990 World Cup.

According to Forward Madison Managing Director Peter Wilt who has won four US Open Cup Championships, a battle for Wisconsin could be one of the highlights of FMFC’s inaugural season.

“We are delighted to be able to contest an all-Wisconsin matchup against Bavarian SC in this year’s Open Cup,” Wilt said. “The Bavarians represent a critical piece of Wisconsin soccer history, and the foundation they laid over many years has allowed Forward Madison to exist. The match also gives our fans a great opportunity to travel to an away game, and we expect they will contribute to an electric atmosphere.”

If Forward Madison win, it will move on to play a second-round match against a team that will probably be from the USL Championship on May 14th or 15th. If FMFC can make it to the fourth round, it would have the chance to play against a Major League Soccer team.

Ticket information will likely be made available shortly by Bavarian SC.