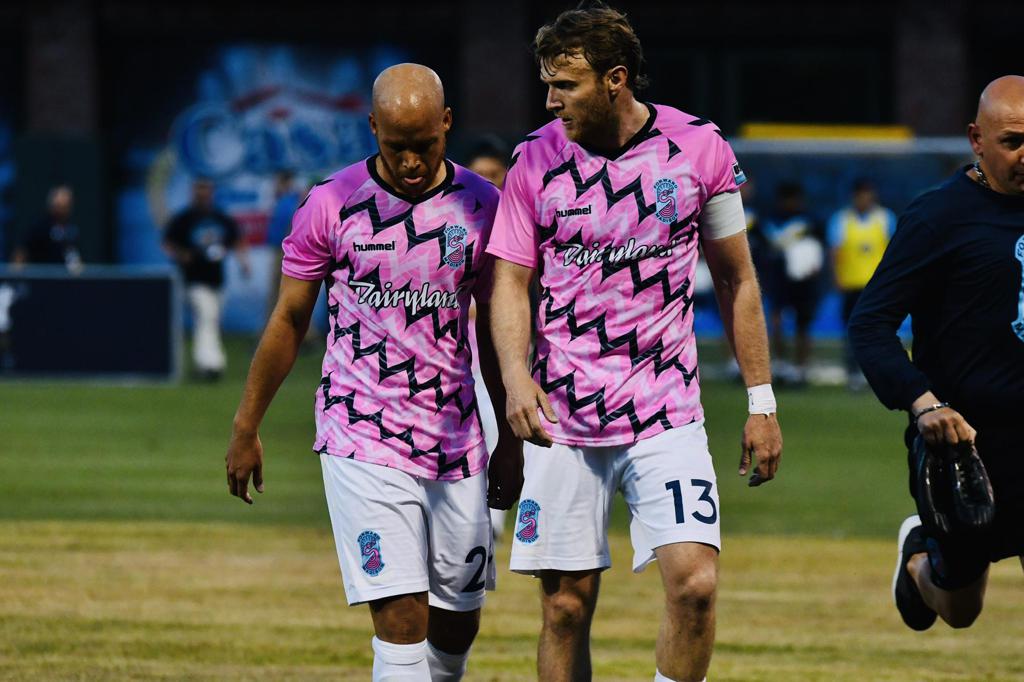 Forward Madison FC upset El Paso Locomotive Wednesday night at Southwest University Park in El Paso, dealing a crushing 3-0 blow to the USL Championship side. The win sets up a Round Three match with Saint Louis FC on May 29, and also earns FMFC $25,000 in prize money as the last USL League One team remaining in the tournament.

The visiting Flamingos started well, finishing the game's first chance to give themselves an early advantage. Paulo Júnior showed good strength, holding off his defender to get to the endline before clipping a ball towards the six-yard box. Jiro Bariga Toyama floated off his defender's back shoulder and knocked the ball home to make it 1-0.

FMFC doubled its lead seven minutes later after a great piece of skill by Jeff Michaud on a counter-attack. Michaud broke loose on the counter, skipping past a defender before clipping a ball in behind to Toyama. Toyama played a teasing pass in behind the retreating El Paso defenders, leaving Christian Diaz with a tap in to double the advantage.

Michaud would put the game on ice in the 76th minute after a brilliant exchange at the top of the El Paso penalty box. Josiel Núñez started the move, playing into Paulo, who had his back to goal. Paulo played a perfect layoff into the path of Michaud's run, giving him time and space to finish. Brian Sylvestre earned the shutout in goal, but was helped by his defense, which allowed just one shot on target all night.