If the Flamingos can beat Michigan foes, they will move into the top four in USL League One 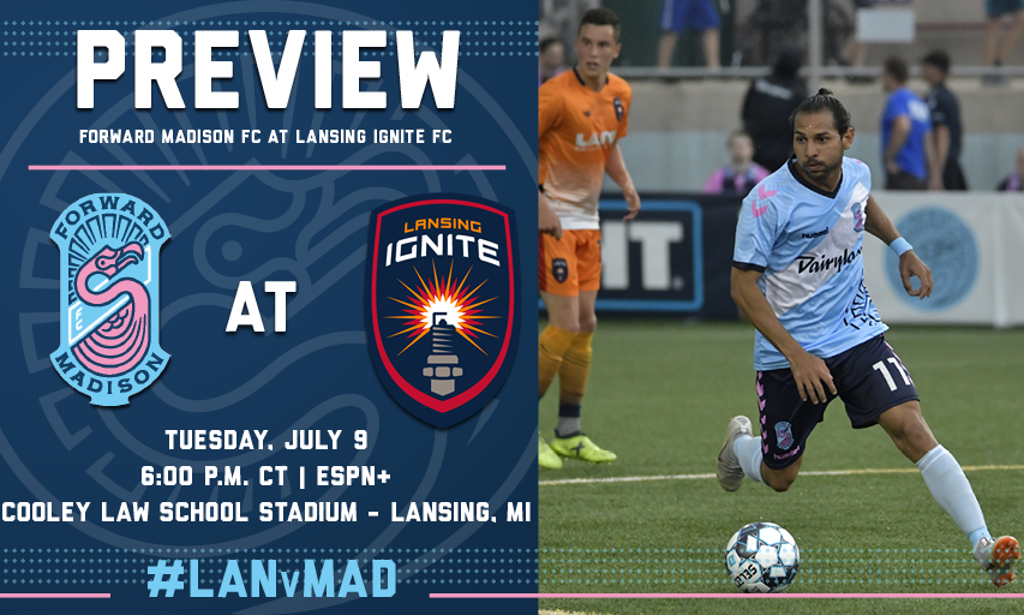 Forward Madison has a chance to move into the USL League One playoff places this Tuesday, as the Flamingos travel to Michigan to take on Lansing Ignite FC (6:00 p.m. CT; ESPN+). If FMFC wins, it would push the team into the top four, just past Lansing on goal differential.

According to Head Coach Daryl Shore, his team is hopeful of walking away with all three points.

“We’ve said all along that we like our roster, we like our players, we like our group and we feel like there’s not a team we can’t play,” Shore said. The goal here for us is after tomorrow night to be in fourth place”

The ‘Mingos have arguably been playing their best soccer of the year over the past several weeks, and can now boast of a four-game unbeaten streak which includes wins over both the first and second-place teams in League One. Although the Ignite managed to beat Madison 1-0 during the two teams’ previous contest, FMFC can be optimistic that its good form will help the team take revenge.

“The guys have a little bit of a bad taste in their mouths from that game,” Shore said. “We felt like we were the better team.”

On the other hand, though, the Flamingos have often struggled to get results when they have been on short rest. Forward Madison beat South Georgia Tormenta FC 2-1 on Saturday, and thus will only have three days to prepare for Lansing. The Ignite, though, also played on Saturday, meaning both teams are thus on a relatively even playing field.

For FMFC, Coach Shore must balance the risks of starting players on short rest with that of rotation. Although Shore sent out a strong lineup on Saturday, he could still look to players who did not start, such as Brandon Eaton and Oliver White, to keep fresh legs on the field.

Lansing Ignite, meanwhile, will face many of the same challenges in regards to team selection. The Ignite are dealing with the absence of regular center back Kevin Coiffic, who earned a red card during his team’s draw with Chattanooga on Saturday. Another center back, Grant Stoneman, was substituted due to injury, but his current status is unknown. Lansing may be reassured, however, by its strong home record so far this year: the Ignite has not lost any of its last four games at Cooley Law School Stadium.

“We know it’s a smaller field, we know that the atmosphere is pretty good,” Shore said. We’re still going to try to get after the game and possess the ball when we can and still try to play in their half of the field.”