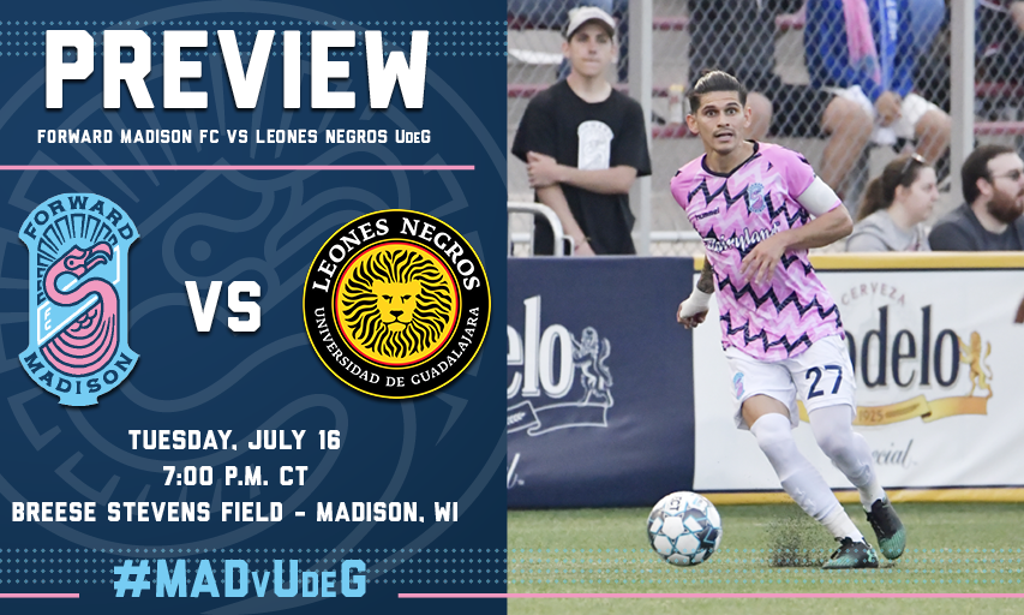 Forward Madison FC will welcome major Mexican soccer club Leones Negros UdeG to Breese Stevens Field on Tuesday night for the Flamingos’ final exhibition match of their inaugural season. The game is expected to be a sellout, and could draw one of FMFC’s largest crowds of the year.

According to Head Coach Daryl Shore, Tuesday’s match provides an opportunity for the Flamingos to shine on a bigger stage than ever.

“This is going to be a special night for our city and for our club to showcase what we have,” Shore said. “It’s another chance for our team and our fans to show everybody what Madison’s all about.”

Mexican soccer legend Omar Bravo, who is currently training with Leones Negros to be a coach, will play during the match. Bravo is the all-time leading scorer for Chivas de Guadalajara, one of Mexico’s most popular soccer teams, and can count two FIFA World Cup goals to his name.

Forward Madison defender Christian “Pato” Díaz, who played for Leones Negros from 2013-2016, said the club holds a special place in his heart.

Following its game against Leones Negros UdeG, Forward Madison will enjoy a rare weekend off before kicking off the home stretch of its season against Orlando City B on July 27 at Breese Stevens Field. The Flamingos have just 12 more games to play in USL League One this year, seven of which will be played in Madison.