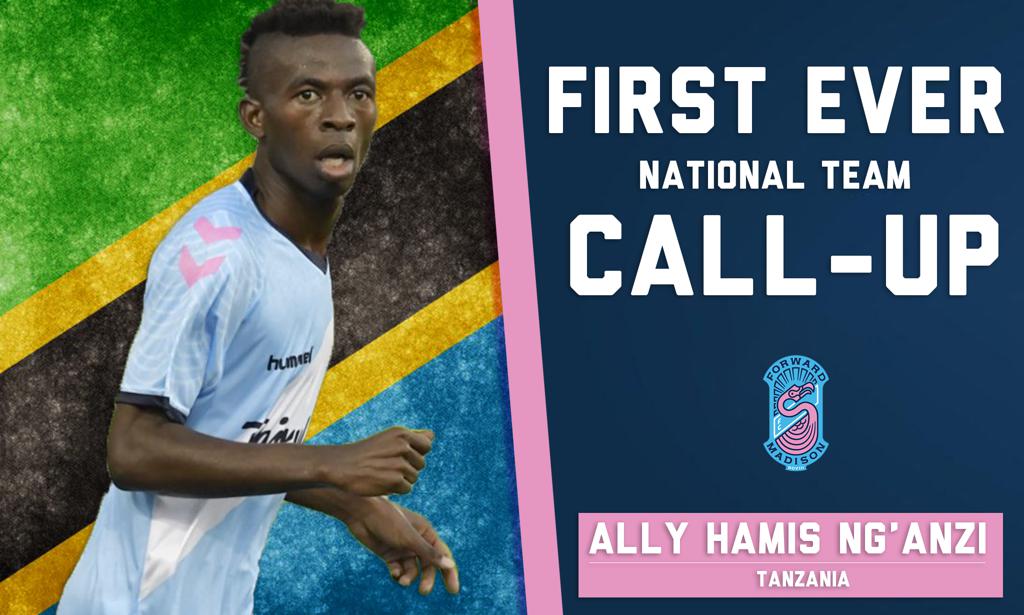 Forward Madison midfielder Ally Hamis Ng’Anzi has become the first-ever FMFC player to earn a national team call-up, the club announced Friday. Ng’Anzi was called in to the Tanzanian National Team for its 2022 World Cup qualifier matches against Burundi on Sept. 4 and 8.

According to Head Coach Daryl Shore, Ng’Anzi’s call-up is a testament to the level of play featured at Forward Madison and in USL League One.

“We’re excited for Ally, it’s a great accomplishment for him,” Shore said. “It’s also a good thing for our club to have someone be able to play for their national team in a World Cup qualifier. It shows that our club is serious about the level of players we bring in.”

Although other Flamingos have played for their national teams in the past (Josiel Núñez has made 14 appearances for Panama), Ng’Anzi is the first to receive the honor while on Madison’s roster. Ng’Anzi’s had previously played with Tanzania’s youth teams, but this is his first call-up to the senior side.

Ng’Anzi, who is with the ‘Mingos on a season-long loan from Minnesota United FC, earned praise after his first League One start in June, with Shore saying afterwards that he “stepped into a pressure cooker and more than held his own.”

Ng’Anzi has played four games in all competitions this year for the Flamingos. According to Shore, his effort with the team has not gone unnoticed.

“It’s a testament to all the work he’s put in this year,” Shore said. “Even though he hasn’t played a lot of games for us, in the games he’s played he’s done well and he trains hard every day.”