Christian Díaz nominated for League One Defender of the Year 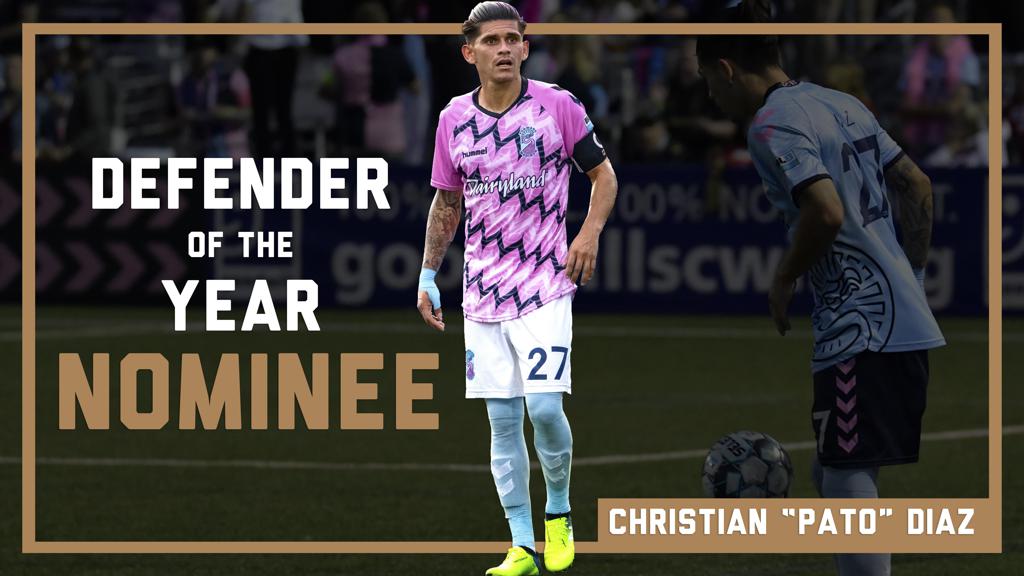 Forward Madison's Christian "Pato" Díaz has been nominated for the USL League One Defender of the Year award, the league announced Thursday.

Díaz ranked second in the league with 52 interceptions, ranked fourth with 50 tackles, won 191 duels at a success rate of 64.5 percent, made 165 recoveries and was only dribbled past by an opponent 28 times.

Díaz, 28, was named to the USL League One Best XI earlier this week. He had been out of the game for a year before finding his feet with Forward Madison.