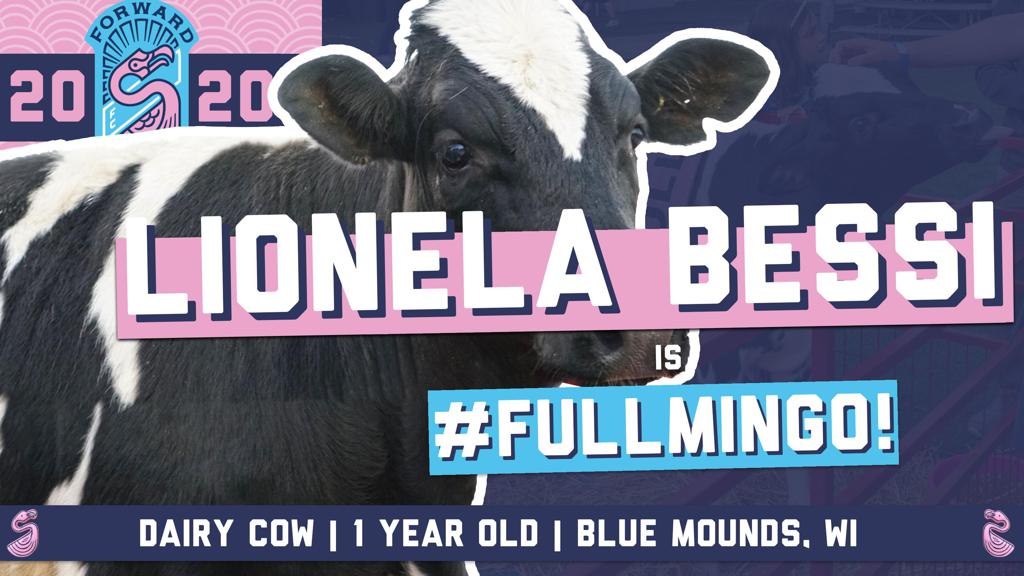 Forward Madison FC has announced that beloved dairy cow Lionela Bessi is the first member of the team to officially re-sign for 2020. Bessi, who lives at Havens Petting Farm in Blue Mounds, Wis., became a fan favorite in her role as club mascot during FMFC's inaugural year in 2019.

Although Bessi is now the first Flamingo to return in 2020, she will be followed by four more this Wednesday. In addition to Bessi's signing, Forward Madison announced that it will reveal four returning players at a Halloween party in the club's team store on Wednesday, Oct. 30 from 5-7 p.m. at Breese Stevens Field.

Fans of the team are invited to attend the event, which will include appearances from three of the returning players.

According to Head Coach Daryl Shore, the four players represent a veteran core that will lead Forward in its second season.

“These guys were some of our best performers last year, so we’re very happy to have them all on board for 2020,” Shore said. “I think our fans are going to be very excited with this group of players.

Wednesday’s event will feature a fan costume contest, spooky decorations, candy for kids and players wearing masks. The club will also have a bar set aside with alcoholic beverages available for purchase. Fans will be able to enter at Gate 1 of the stadium on the corner of East Washington Ave. and Patterson St.

Forward Madison finished fourth in its inaugural USL League One season in 2019, drawing a league-best 4,292 fans per match.