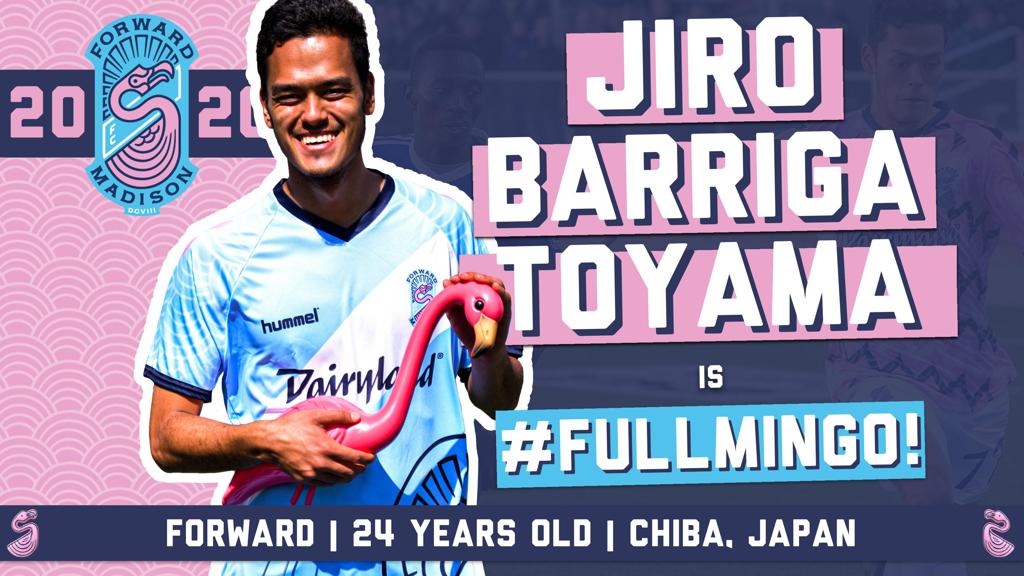 Forward Madison FC has re-signed Japanese-Colombian forward Jiro Barriga Toyama for the 2020 season, the club announced Monday. Barriga Toyama, who is capable of playing as either a left winger or defender, served as FMFC’s “12th Man” in its inaugural season, coming off the bench 17 times in 26 appearances in 2019.

Head coach Daryl Shore, who has now officially assembled five players for his 2020 roster, said Barriga Toyama’s versatility is an asset for the Flamingos.

“We’re happy to have Jiro back for 2020,” Shore said. “He gives us much needed flexibility with his ability to play either as a left winger or left back. We think Jiro’s upside is tremendous, and we’re looking forward to having him play an even bigger role on our team next season.”

Barriga Toyama grew up in Japan before moving to the United States in 2014, where he played at Barton Community College in Kansas and Florida Gulf Coast University. Forward’s coaches spotted him last winter during a trial with Major League Soccer’s Minnesota United, where Barriga Toyama scored a hat trick against current League One opponent FC Tucson.

According to Barriga Toyama, he’s ready to take the next step with the Flamingos in 2020.

“I’m very excited to come back next season and play in front of our amazing fans,” Barriga Toyama said. “I want to give everything I’ve got in every practice and every game. I want to contribute to bringing this team to the next level.”