Flock to Design 2020 Away Jersey

Fan names to feature on kit, which will benefit Flock Soccer Fund 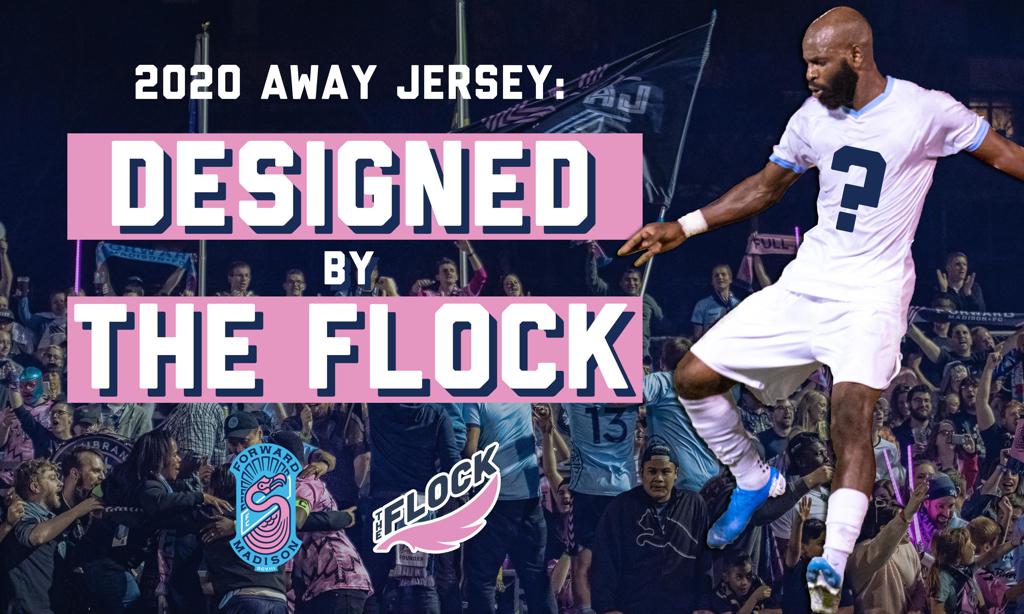 Forward Madison FC is proud to announce that The Flock, its supporters’ group, will design the club’s away jersey for the 2020 season. In handing over the design reins to their supporters, the Flamingos are setting a new standard for American soccer.

The supporters’ design will feature fans’ names, including all season ticket holders, on the shirt itself. In this way, wherever Forward Madison FC is playing, they will have their fans with them. Five dollars from each jersey sale will benefit the Flock Soccer Fund, which helps provide opportunities to play soccer to underserved communities.

“The input of our supporters has been integral for us since day one. From voting on the team name to their feedback on the design of the club’s crest, the Flock have had a voice in almost every decision we’ve made. Having them design our away jersey just continues our fan-first approach to this team,” Kuba Krzyzostaniak, Forward Madison’s Director of Fan Engagement and Digital Media, said.

"Playing away from home can be tough; we wanted to have design elements that remind our guys who and what they represent when they step onto the pitch, no matter where they are," Flock Director At-Large Chris Fox said.

Leadership from The Flock worked to create something unique that would not only represent FMFC and its city, but also have appeal based purely on fashion alone. Flock President Andrew Schmidt said, "This is the kind of shirt you see on a rack and immediately toss in the cart. There are nods to other great kits with some personal touches that the supporters in Madison will love."

The shirt design process was a first for co-designer Mark Crosby. "I've always wanted to design a soccer kit, so this was a dream come true. The shirt looks really sharp and I hope everyone digs it,” Crosby said. The general public will have a chance to see the shirt at an as-of-yet unannounced reveal event in early 2020.

Click here to get your Forward Madison 2020 season tickets!