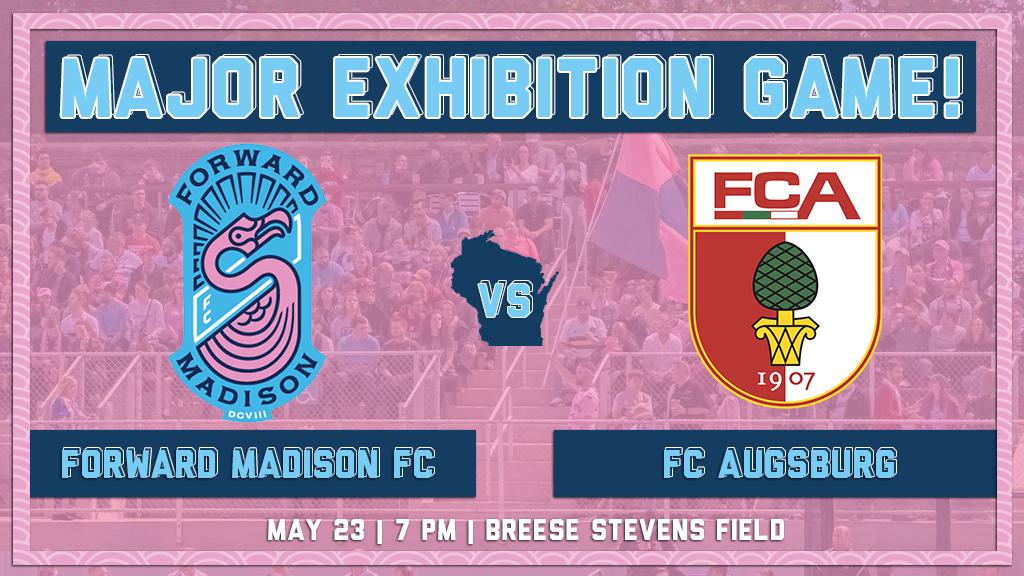 Get your tickets to Forward Madison vs FC Augsburg now!

Forward Madison will host major German soccer team FC Augsburg in an exhibition match on Saturday, May 23, the club announced Saturday. Augsburg competes in the Bundesliga, Germany’s highest level of soccer, and boasts a roster of players with international pedigrees.

"We're thrilled to be able to bring a major German club like FC Augsburg to Madison in 2020," Caloia said. “This game will be one of the highlights of our season, and is an outstanding addition to our season ticket package. Augsburg is a huge team, and I can't wait for them to see what Forward Madison is all about."

Forward’s match against FC Augsburg is the first of several high-profile exhibition games the club will unveil for its 2020 season. In their inaugural year, the Flamingos hosted Germany’s Hertha Berlin, Mexico’s Leones Negros and Major League Soccer’s Minnesota United.

The game is scheduled to kick off at 7 p.m.