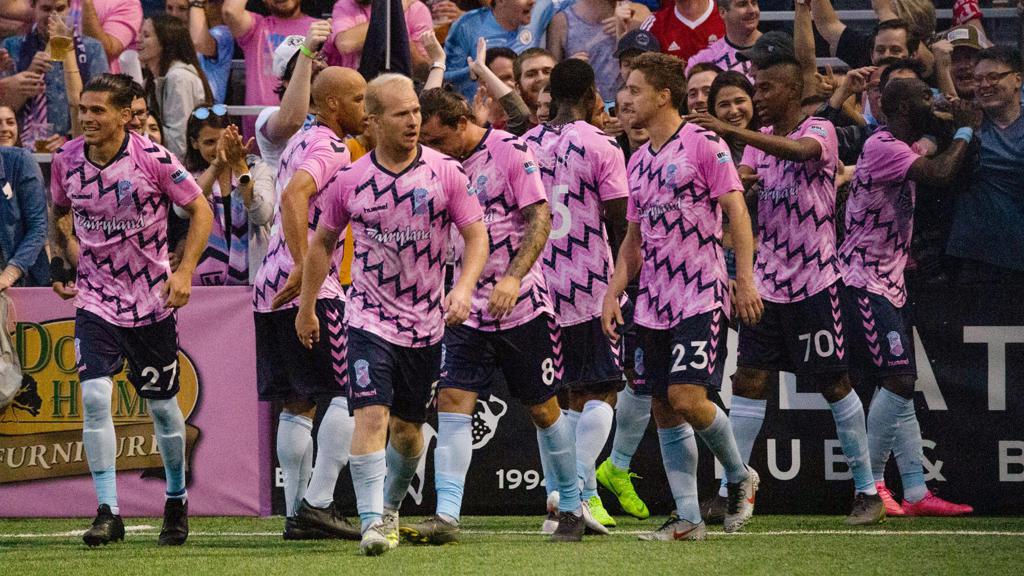 It’s official: Forward Madison FC has the best jersey in the world.

On Friday, satellite radio channel SiriusXM FC revealed that FMFC had won its 2019 Kit Competition, with the Flamingos’ pink-patterned alternate jersey earning more than 200,000 votes in its final-round triumph over the Chicago Red Stars of the National Women’s Soccer League.

As a result, Forward Madison has put the jersey - which had been phased out in anticipation of the 2020 season - on sale again for a limited time, complete with a small gold patch denoting its Kit of the Year status.

Get your 'Kit of the Year' edition Forward Madison jersey here!

The jersey itself is mostly pink, with a navy-and-white winged pattern running down the front that is intersected by scallops taken from Forward Madison’s crest. The sleeves are solid pink, featuring navy hummel chevrons on the shoulders. The collar includes the words “Full Mingo,” a reference to Forward Madison’s viral Twitter post that has developed into the club’s tagline.

Forward used the kit during its U.S. Open Cup and exhibition games in 2019.