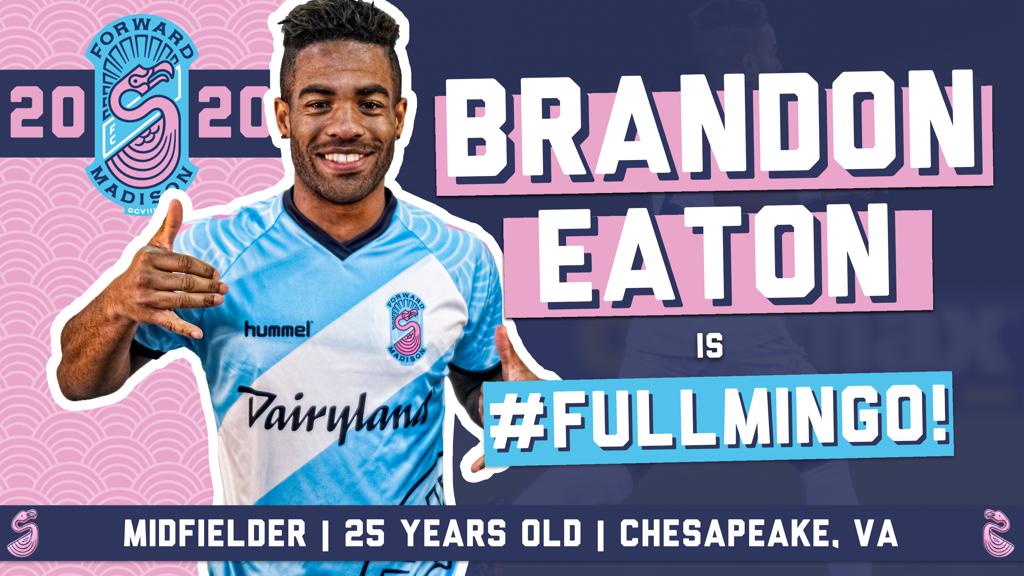 Forward Madison FC has re-signed 25-year-old midfielder Brandon Eaton for its 2020 season, the club announced Tuesday. Eaton spent two months sidelined with a knee injury last year, but impressed the Flamingos’ coaching staff with his attitude during rehabilitation and his performances when he came back.

According to head coach Daryl Shore, Eaton’s desire and work rate stood out in 2019.

Eaton originally signed for Forward Madison as a defensive midfielder, but adapted to a role further up the field as his passing ability became evident as an asset for the team’s attack. Eaton scored a goal in last year’s U.S. Open Cup and provided two assists in USL League One play.

“The injury was a major setback, but throughout the whole rehabilitation process I stayed positive,” Eaton said. “I’m super excited for next season. It should be special again.”

Eaton began his professional career in 2017 with the Richmond Kickers before moving to the Flamingos in 2019. According to Shore, Eaton’s upbeat outlook during tough times showed he has the character to belong in the squad.

“Brandon is a player we felt was important to have in our team,” Shore said. “He’s not only a good soccer player, but a great person, and someone I know understands that our organization.”