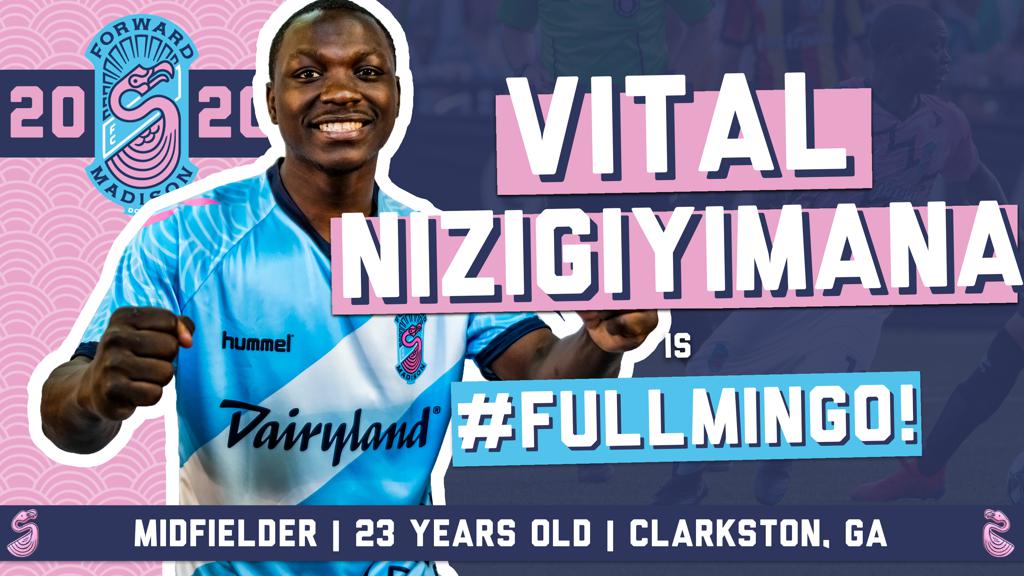 Forward Madison FC has re-signed 23-year-old midfielder Vital Nizigiyimana for its 2020 season, the club announced Monday. Nizigiyimana, who made the Flamingos’ inaugural roster via an open tryout, brought an inspirational story to Forward’s first year.

According to Head Coach Daryl Shore, though, Nizigiyimana is coming back ready to play.

“Some people may think this is just a feel-good story, but we completely expect Vital will challenge for minutes on the field this year,” Shore said. “You want to reward players for the effort they put in, and Vital worked as hard as anyone last year, even when he wasn’t getting playing time.”

Nizigiyimana, who was born in Tanzania but grew up near Atlanta, played for both Madison College and the Madison 56ers before signing for Forward Madison. Although he did not play in any competitive games in 2019, Nizigiyimana featured regularly in exhibition matches, including fixtures against Hertha Berlin, Leones Negros and Minnesota United.

“We’re just as excited to re-sign Vital as we are anyone else,” Shore said. “Every time we played him in exhibition games, he held his own, so this is a young kid who has great potential to become a very good soccer player.”

“This year, I’m working hard in the offseason and so I can be ready to go.”