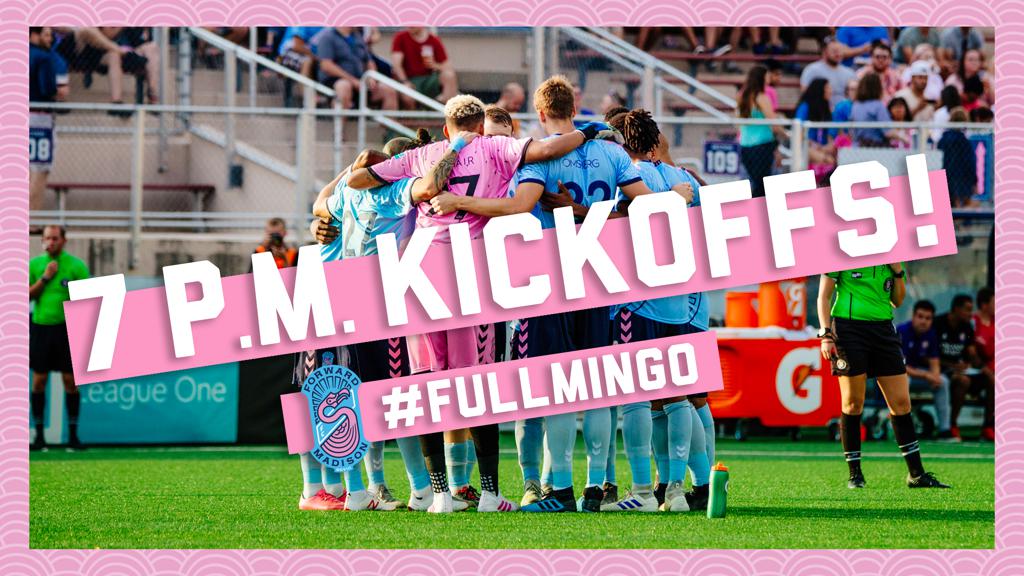 Forward Madison FC will kick off all of its regular season home games at 7 p.m. this year, the team announced Thursday. The Flamingos will host 14 USL League One matches at Breese Stevens Field in 2020, starting with a game on April 11 against Toronto FC II.

Game times will be confirmed later for future non-USL games, which include exhibition matches and potential U.S. Open Cup matches.

Along with its schedule for home games, Forward also revealed the start times for this season’s road trips, which will all be broadcast live on ESPN+.

Forward Madison fans can download the 2020 match schedule on Google Calendar or Apple Calendar. Season tickets and six-game packages for FMFC are on sale now, while individual match tickets will go on sale at a later date. 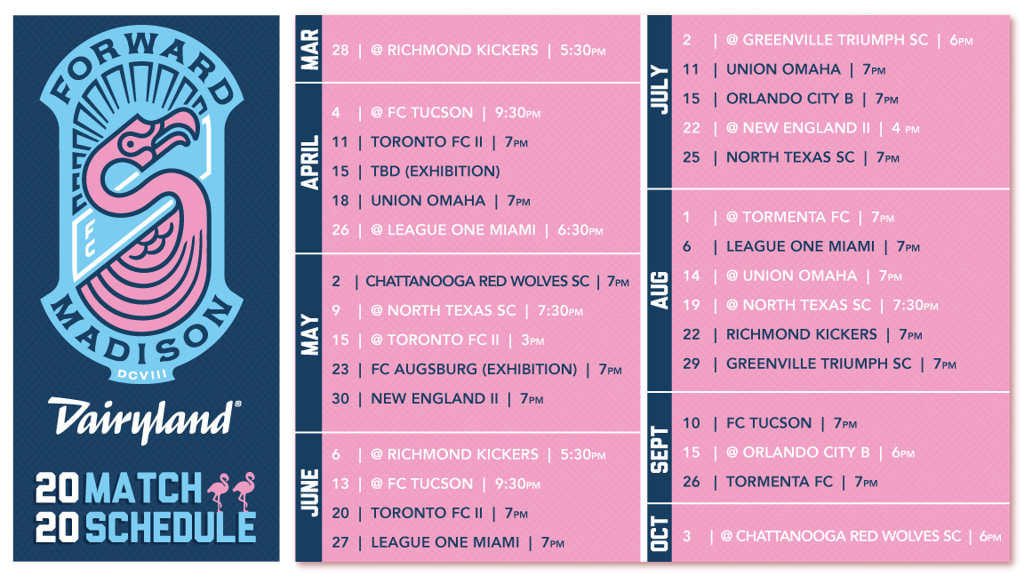