From Finland to Forward: Wojciech Wojcik’s love of the game took him to Madison 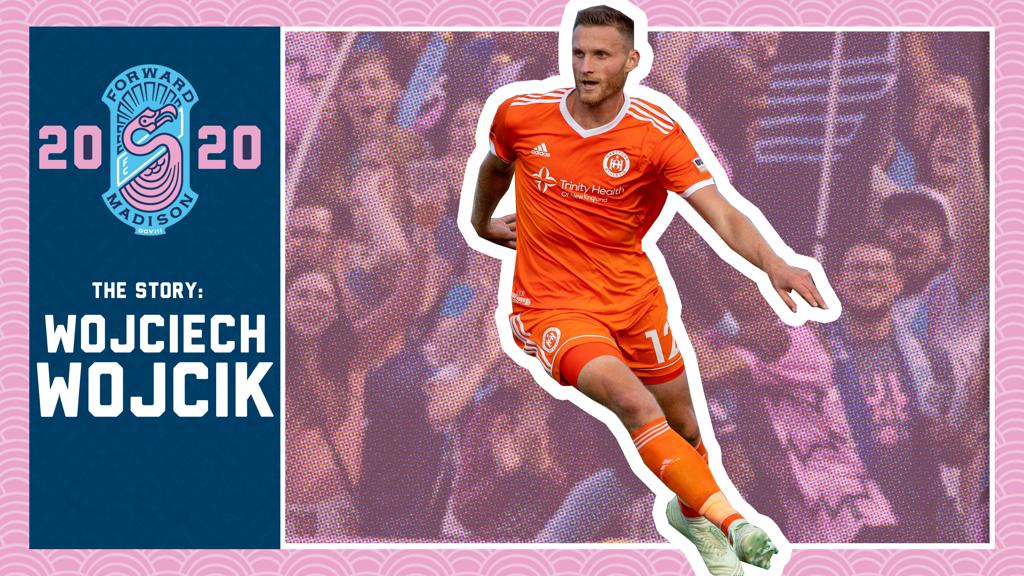 Wojtek Wojcik’s first professional goal didn’t mean much in the larger context of the game.

Although Wojcik’s strike gave his side an early lead, they would eventually go on to lose 2-1. The team he was playing for, FC Ilves, is not very consequential in the wider soccer world either; they played in the second division of Finland at the time (2014), and their victorious opponents, PK-35 Vantaa, would wind up going bankrupt and ceasing operations three years later.

In a vacuum, sure, Wojcik’s first goal was fairly unimportant. But for someone who had been through as many ups and downs as Wojcik had been to get there, it meant everything. This is the story of how Wojtek Wojcik found his place in the soccer landscape.

Wojtek Wojcik (VOY-tek VOO-cheek) prefers “Wojtek” to his given name, “Wojciech,” which, in his words, is like choosing “Chris” instead of “Christopher.” He knows his name is difficult for many people around him to pronounce, although at this point he’s learned to accept it.

Growing up, though, neither Wojtek nor Wojciech was a name that would have seemed too far out of the ordinary. Wojcik was born in Poland, and moved to a Polish area of Chicago when he was three months old. While he was a kid, Wojcik became versed in both Polish language and cultural traditions, which culminated with his attachment to Polish soccer. His first youth team was the AAC Eagles, one of Chicago’s most well-known Polish-American soccer clubs.

Once Wojcik had a ball at his feet, he realized quickly that he had natural talent.

“It’s kind of funny, because soccer was my third sport,” Wojcik said. “I played baseball and basketball [at first]. Once my uncle took me to my first soccer training, it was all she wrote.”

Soon, Wojcik had outgrown AAC Eagles as well as any other neighborhood teams. He joined the Chicago Fire Academy in high school, then committed to Bradley University, where he started playing in 2010. Wojcik led Bradley to unprecedented success, including three NCAA tournaments in four years, and was named the Missouri Valley Conference Player of the Year in his senior season.

With an impressive college career behind him, Wojcik had every reason to be confident entering the 2014 Major League Soccer SuperDraft. But when his name wasn’t called, Wojcik’s thinking began to change.

Bereft of options, Wojcik had to take a chance. 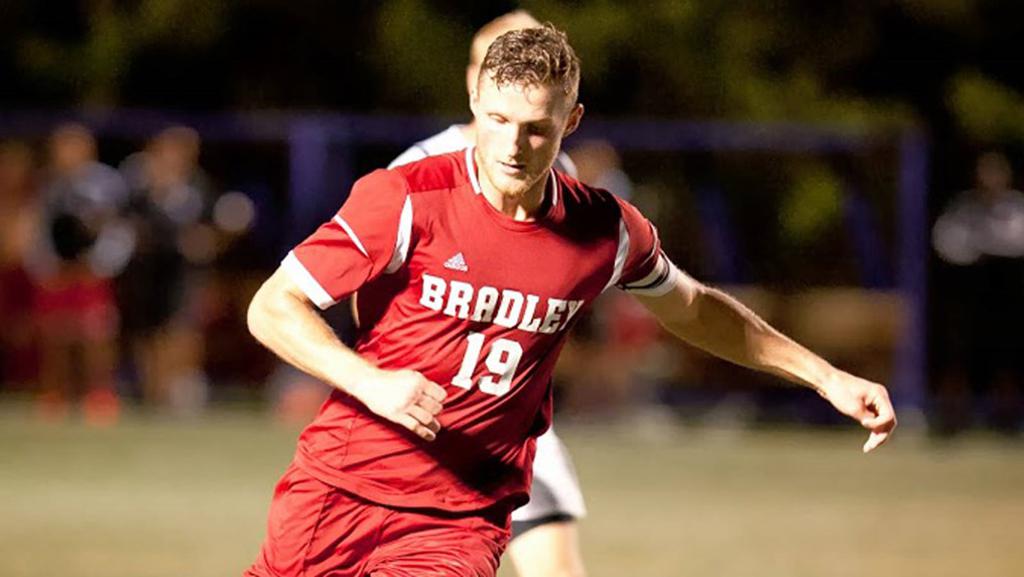 Wojciech Wojcik was named Missouri Valley Conference Player of the Year in 2013, but wasn't picked in the MLS SuperDraft | Photo via Bradley University Athletics

A Forward in Finland

After missing out on MLS, Wojcik could have easily left his professional aspirations behind.  Instead, he turned his attention overseas, desperate for any opportunity to break into the sport he loved. In the end, he signed with FC Ilves in the Finnish second division, essentially starting from scratch.

“I had to move overseas, go back abroad and go to a different country where they spoke a different language,” Wojcik said. “[I had] to be on my own.”

Living by himself, Wojcik was suddenly surrounded by a new cast of characters. Rather than college teammates, who split time between class and training, Wojcik was integrating into a roster that included veterans whose livelihoods depended on their performance each weekend.

“That was a real eye-opener for me,” Wojcik said.

So when Wojcik earned a spot in the starting lineup for the first game of the season (his first professional start), he had a lot to contend with: Disappointment after being passed over in the draft; Homesickness while living in Finland; Readjustment to competing with hardened, experienced players.

But with all the weight bearing down on him, Wojcik managed to score a goal, and in doing so, truly begin his career. Considering the circumstances, Wojcik reflects on it now one of his favorite soccer memories.

“It was a great moment for me to remember,” Wojcik said. “Coming off some unfortunate events, but being able to do what I love to do in a different country and to be able to score on my professional debut was something that I’ll always cherish and remember.

“We do put in a lot of time and effort and sacrifice when we commit to being a professional soccer player, and that’s a lot, it really is. That was definitely one of many moments that I will cherish.”

The rest of Wojcik’s year in Finland brought more lows than highs, unfortunately. Although he had scored in his first game, Wojcik found himself outside of the starting lineup most of the time, and only scored his second goal of the season in the last match of the year.

Still, Wojcik was off the mark. Reflecting on his time in Finland now, Wojcik says it got his foot in the door.

“It shaped me into the person I am today,” he said.

After spending 2014 in Finland, Wojtek Wojcik had done enough to get his professional career going. Another former Bradley University star, Tim Regan, was working as an assistant coach at Indy Eleven at the time and helped bring Wojcik back to United States.

Wojcik played for Indy Eleven in 2015 and 2016, linking up with current Forward Madison winger Don Smart. Like the Flamingos of present day, Indy was a burgeoning club with a passionate fanbase, and Wojick had an opportunity to shine.

Still, as Wojcik understands well, sometimes things don’t work out in soccer. Indy Eleven changed managers in 2016, and Wojcik was loaned out to OKC Energy FC, now of the USL Championship. Wojcik found relatively more success there despite an elbow injury, scoring the USL’s Goal of the Playoffs in 2017.

The next two years brought further joy for Wojcik, who set personal goalscoring records with the New York Cosmos in 2018 and USL Championship expansion club Hartford Athletic in 2019.

But when it came time to choose a path for 2020, the man who loved soccer enough to go to the lower tiers in Finland to kickstart his career saw a chance to move to a place where his passion for the sport would be met with equal fervor: Forward Madison.

“Social media is a great thing,” Wojcik said. “I was able to follow Forward Madison for all of last year, and it was great to be able to see masses of people coming to the games.”

Forward Madison’s fans packed the stands in the team’s inaugural year, creating what players and coaches called one of the best soccer environments in the United States. For Wojcik, the chance to play for those supporters was too good to miss out on.

“Being able to play in front of a big crowd for people who genuinely care about the players and the sport and the club is something that we as players all hold dear to our hearts,” Wojcik said. “It’s one of the big reasons why we love what we love doing.”

Six years ago, Wojcik was little more than a kid with a dream, desperate to make his professional soccer aspirations come true. With his foot in the door, he built a career, and now he comes to Madison as a respected veteran with an impressive pedigree.

But for everything that has changed, Wojcik has never lost his love of the game. And despite his many seasons at the top, he is still chasing the ultimate goal: To win a title.

“We’re here to win championships and we’re here to produce on the field,” Wojcik said. “I’m just excited to hit the ground running.” 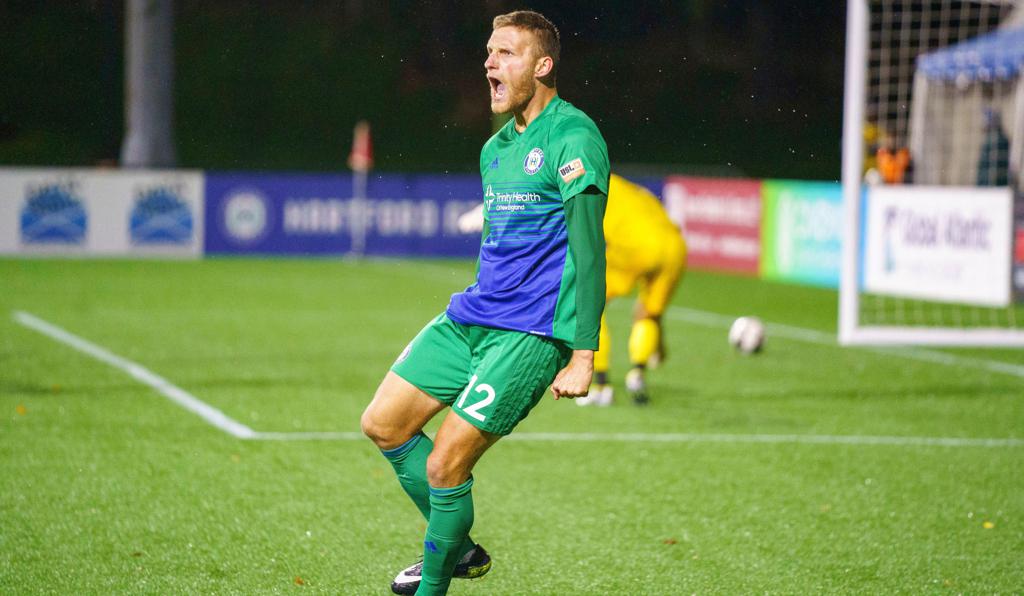