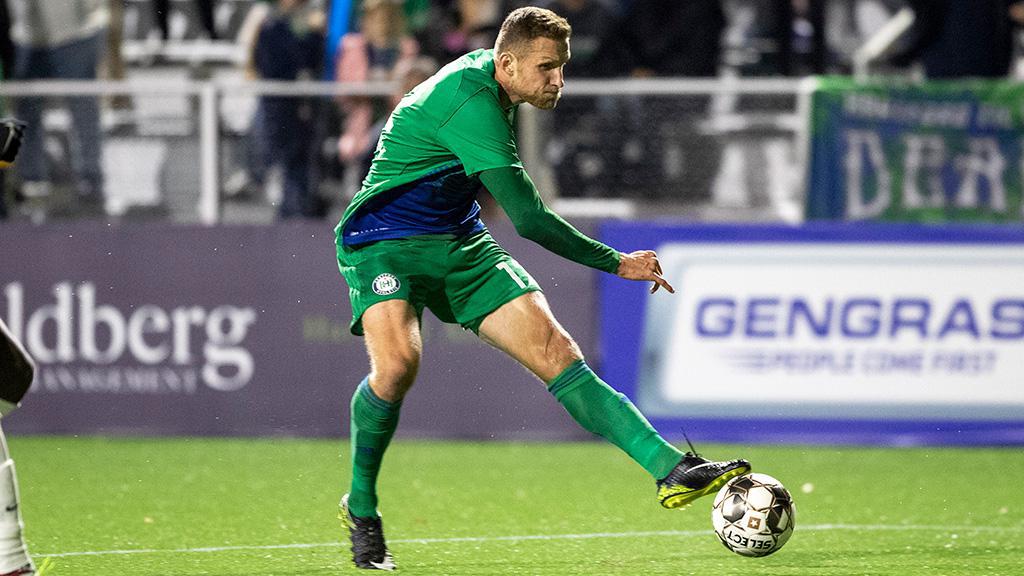 New Forward Madison FC signing Wojciech Wojcik has scored 16 goals in the USL Championship over his career, including a career-high seven for Hartford Athletic in 2019. | Photo courtesy Hartford Athletic

MADISON, Wisc. – Forward Madison FC added to its attacking corps on Tuesday as it signed forward Wojciech Wojcik. The 27-year-old scored seven goals in 2019 for Hartford Athletic of the USL Championship, and will fill a much-needed position for the Flamingos in 2020.

Wojcik, who has produced personal-best scoring marks in the last two years, said he knows he will be measured by how well he can put the ball in the back of the net.

"As a striker, I have to score goals,” Wojcik said. “That’s what I was brought here to do, and that’s the role and responsibility that I understand.”

Wojcik was born in Poland, but grew up in Chicago, training with the Chicago Fire Academy while in high school. He started his professional career with Finnish side FC Ilves in 2014 before moving back to the Midwest, where he finished runner-up in the North American Soccer League with Indy Eleven in 2016. From there, Wojcik enjoyed successful stints with OKC Energy FC, New York Cosmos and finally Hartford Athletic, where he led the first-year USL Championship club in scoring in 2019.

READ MORE: FROM FINLAND TO FORWARD: WOJCIECH WOJCIK’S LOVE OF THE GAME TOOK HIM TO MADISON

Wojcik is set to fill a striker position in Madison that had no permanent owner in 2019, instead changing names several times throughout the season. According to head coach Daryl Shore, Wojcik’s signing represents Forward’s next step on the journey to a USL League One title.

“Although we did well in our first year, we owe it to our fans to try to win a championship in 2020,” Shore said. “Wojciech is a seasoned professional who will add a physical side to our game and help us score more goals than last season."

For Wojcik, who has kept track of the Flamingos from afar, the chance to play in front of Forward Madison’s fans was too good an opportunity to pass up.

“I was able to follow Forward Madison for all of last year, and it was great to be able to see masses of people coming to the games,” Wojcik said. “It’ll be a fun and exciting time in 2020.”