Center back nearing 100th regular-season appearance across Championship, League One 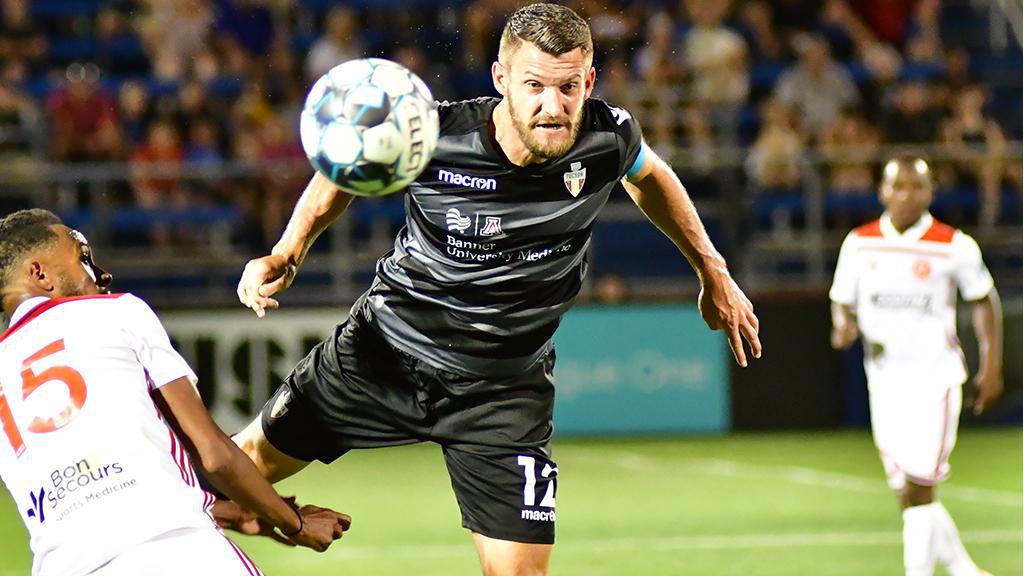 RICHMOND, Va. – The Richmond Kickers added experience to their back line on Wednesday with the signing of veteran defender Kyle Venter for the 2020 USL League One season. The signing is pending league and federation approval.

“Kyle Venter was one of the top central defenders in USL League One last year and he was an obvious choice to pursue this offseason,” said Kickers Sporting Director and Head Coach Darren Sawatzky. “His leadership ability and his experience are paramount in helping with the growth of young players on our team and his ability to score on set pieces adds another attacking force for us.”

Venter will enter his seventh season as a professional with the Kickers, having made 98 regular season appearances across the USL Championship and USL League One in his career. Most recently, Venter played for Sawatzky at FC Tucson, where he helped the club to five shutouts over 23 appearances, while also adding four goals and an assist.

A familiar foe to Kickers fans, Venter was a constant opponent throughout his time in the USL Championship, including stints with Penn FC, Ottawa Fury FC and FC Tulsa. The native of Aurora, Colorado was drafted number 23 overall in the 2014 MLS SuperDraft by the Los Angeles Galaxy. He went on to make nine appearances on loan to LA Galaxy II during the club’s inaugural 2014 season.

“I am extremely blessed and grateful to have signed with Richmond for the 2020 season,” said Venter. “Being one of the longest operating professional clubs in this country, the Kickers brand is something special and I know we’ll be looking to add some great things to that history this season. I’m looking forward to getting to the city and beginning the tireless work with my teammates, the staff, and the rest of the organization that will allow us to achieve the success we’re all chasing.”