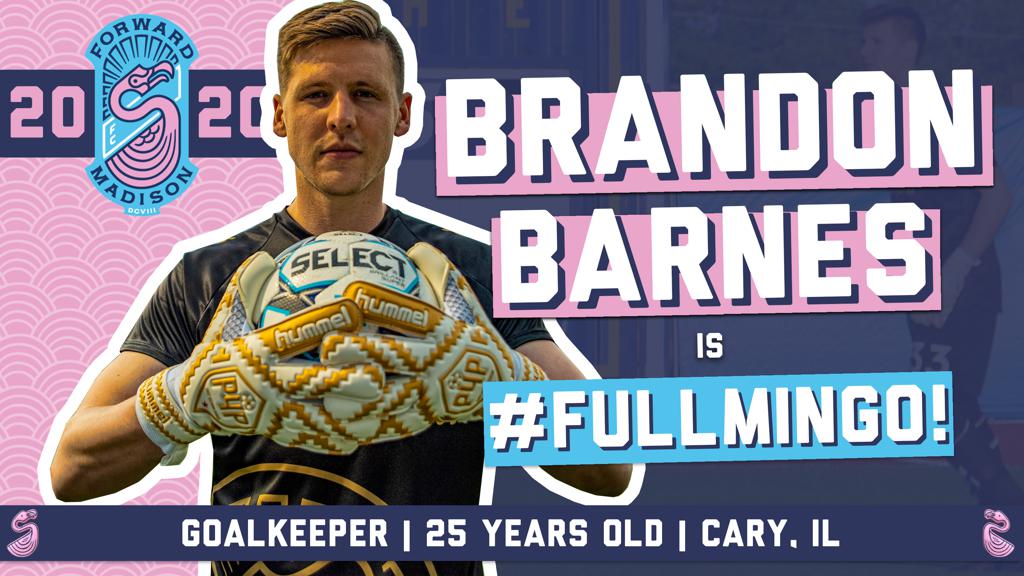 According to head coach Daryl Shore, Barnes will be one of several goalkeepers who will have a chance to compete for the starting spot.

“We think Brandon has a bright future, so we felt it was important for him to be back, especially with the recent changes in our roster,” Shore said. “We thought having some continuity was important, and Brandon knows he’s going to have an opportunity to win the job.”

Barnes, who grew up in Illinois, leveraged a star senior season at Bradley University in 2017 into a contract with the Richmond Kickers (then of the USL Championship). Barnes initially signed with Richmond as the third-string goalkeeper, but worked his way up to earn four starts near the end of the year.

Although Barnes did not appear in any competitive matches for FMFC in 2019, he did play in exhibition games against Hertha Berlin and Minnesota United.

“Daryl wanted me to develop as much as possible last year, and I think I did that,” Barnes said. “I’m looking forward to the team commitment, the fan commitment and being able to enjoy myself on the field.”

According to Shore, Barnes has the capability to help the Flamingos no matter what his role is.

“Brandon is a guy who easily could have played games for us last year, it was just that Brian and Ryan were in such good form,” Shore said. “His role is to come in here and compete for playing time just like anyone else on our roster.”