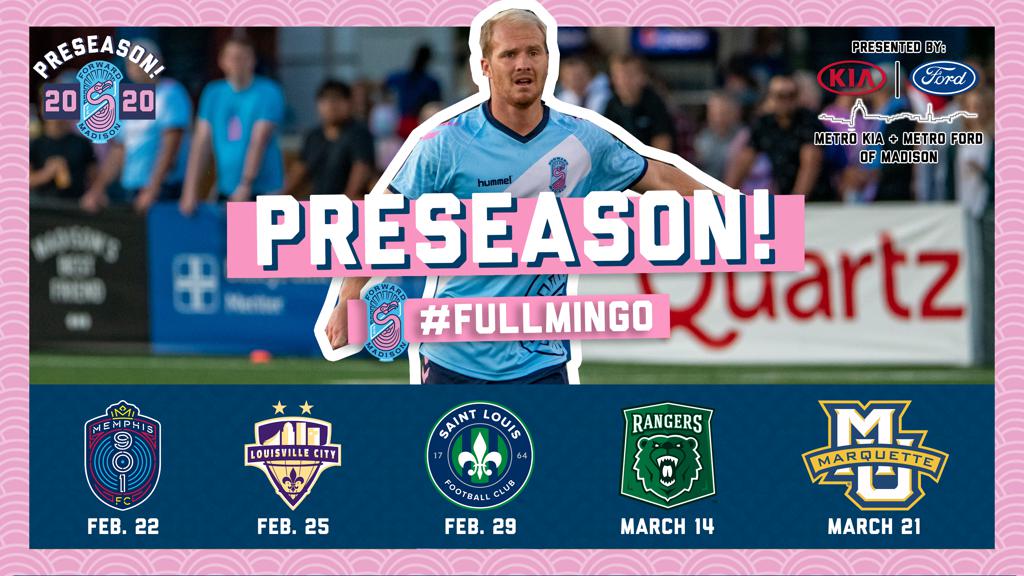 Forward Madison FC will migrate south for warmer weather this preseason, the club announced Friday. The Flamingos are set to play three USL Championship teams, departing for Birmingham, Al. on Feb. 16. and making stops in Louisville and Saint Louis before returning to Madison in March.

Forward’s preseason schedule begins on Feb. 22 in Birmingham, where the Flamingos will play Memphis 901 FC. From there, the team will travel to Kentucky to take on USL Championship runners-up Louisville City FC on Feb. 24. FMFC will then face its third and final professional opponent on Feb. 29 when the team travels to Saint Louis FC.

After returning to Wisconsin, Forward will round out its preseason schedule with two games against college teams. The Flamingos are set to host UW-Parkside at Madison College on the morning of March 14 before travelling to Milwaukee to play Marquette University on March 21.

Forward Madison’s USL League One opener, on the road against the Richmond Kickers, will take place on March 28.