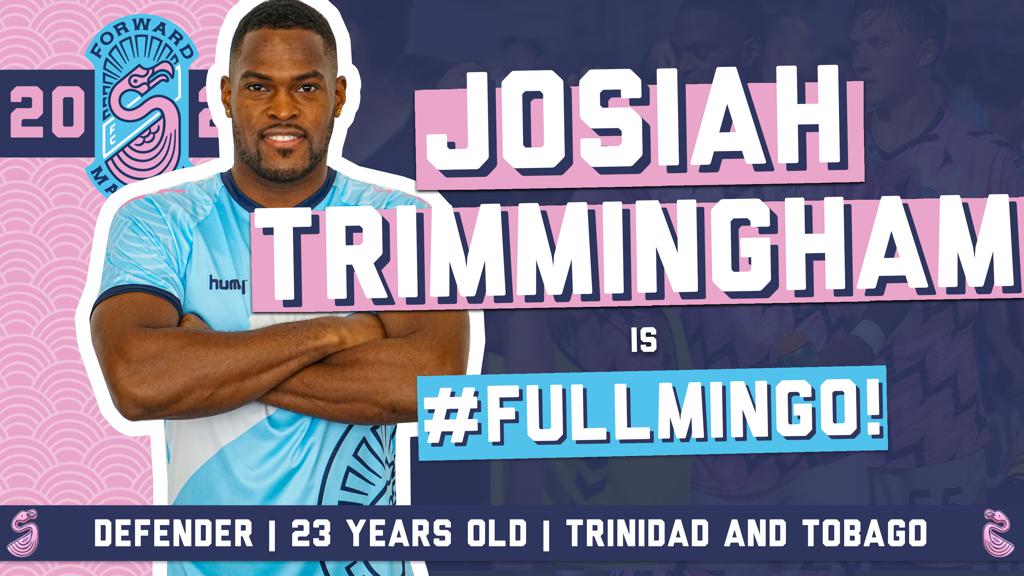 Forward Madison FC has signed Trinidad and Tobago international Josiah Trimmingham, the club announced Thursday. Trimmingham, a 23-year-old center back, played with the Flamingos last year as a guest player in the team’s exhibition against Minnesota United FC.

This season, with several international spots open on Forward’s 2020 roster, Head Coach and Technical Director Daryl Shore said it was a no-brainer to bring Trimmingham on board.

“With our roster taking shape as it is, we felt like adding center backs was one of our needs,” Shore said. “Watching the Minnesota game last year, you can see that Josiah was able to match up with their forwards and brought a tremendous physical presence. He’s a player who we think could have a really good season for us.”

READ: "This is how Josiah Trimmingham's 45-minute cameo led to a year-long contract"

Trimmingham, who is from San Juan, Trinidad, started his career in his home country’s TT Pro League with San Juan Jabloteh in 2014. Trimmingham’s progression earned him call-ups to the Trinidad and Tobago National Team, including an appearance on the bench during the Soca Warriors’ infamous 2017 win that eliminated the United States from World Cup qualification. Trimmingham made his Trinidad and Tobago debut a month later, starting in a friendly against Guyana.

Trimmingham, who moved on to USL League Two’s FC Miami City in 2019, said his cameo for Forward Madison helped convince him to sign on a full-time basis.

“I was able to really appreciate the Forward Madison fans even before signing my contract,” Trimmingham said. “The atmosphere was great. I’m really excited to be with the team and to be playing for the city, playing for the fans.”

According to Shore, Trimmingham will have a chance to shine in USL League One.

“Josiah is a physical presence in the back, he’s very good in the air and he’s a good one-on-one defender who will bring tenacity to our group,” Shore said. “We’re excited to bring Josiah in and we’re looking forward to what he has to bring.”