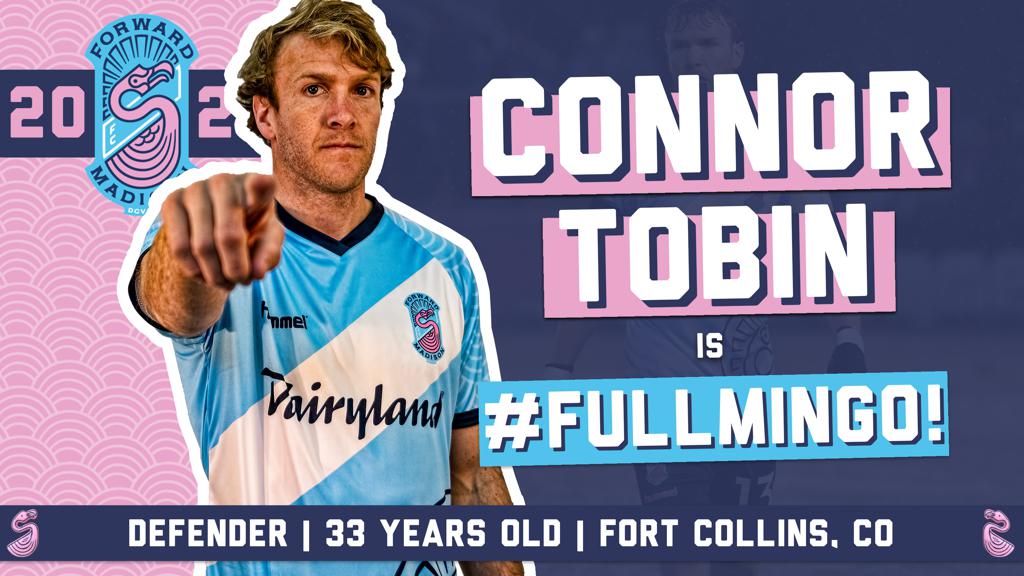 Forward Madison FC has re-signed team captain Connor Tobin for the 2020 season, the club announced Monday. Tobin, a veteran center back, became a fan favorite during the Flamingos’ inaugural season thanks to his regular and impassioned involvement with the local soccer community.

Tobin, who becomes the 18th player to sign on for Forward’s second year, said the messages of encouragement he received from fans helped solidify his decision to come back.

“It was pretty touching,” Tobin said. “Some of the people that reached out, all those messages were much appreciated. I’m excited to be back and do whatever I can to help this community grow.”

Tobin is a seasoned veteran of the American lower divisions, having developed a reputation as a standout defender for Minnesota United and North Carolina FC. Tobin made the North American Soccer League’s Best XI in 2017, and played more minutes than anyone else on Forward Madison’s inaugural team last year.

Even as one of the Flamingos’ key players, though, Tobin made just as much of an impression off the field as he did on it. According to Head Coach and Technical Director Daryl Shore, Tobin connected with Forward Madison’s most devoted fans.

Tobin endeared himself to Forward fans in 2019, baking cookies for season ticket holders, participating in supporters’ group meetings and creating the Mingos Worldwide program for fans outside of the city. Despite the extracurriculars, though, Tobin said his ultimate goal remains to capture prize that has thus eluded him during an 11-season career: winning a league title.

“This is a really special place,” Tobin said. “It’s really exciting to see the club’s not just settling for what happened last year, both on and off the field. We have a group that’s going to fight for each other, and that’s a really good base to go on and win a championship.”