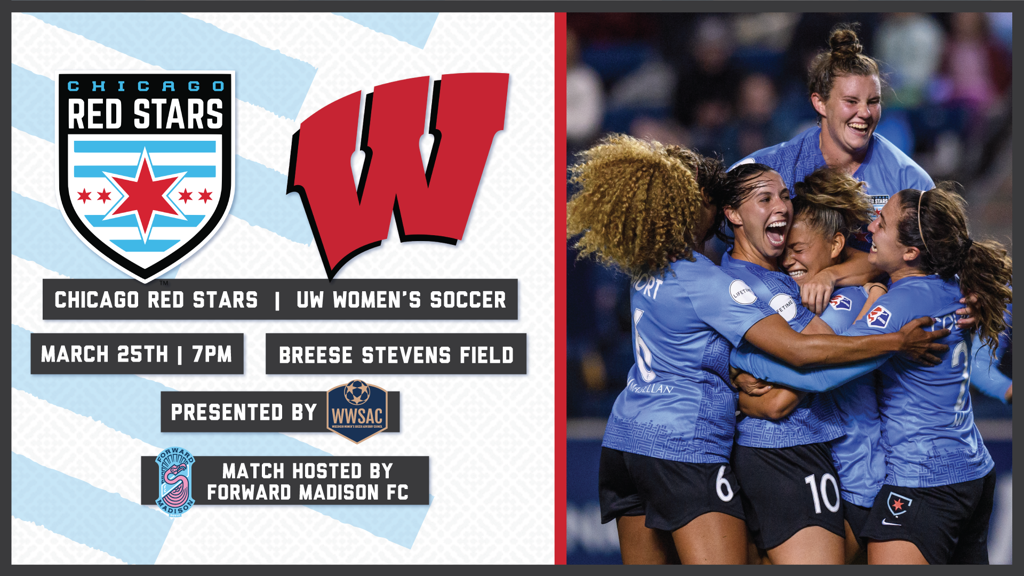 The game is presented by the Wisconsin Women’s Soccer Advisory Council.

The Red Stars, which boasted six players in the 2019 FIFA World Cup, made the final of the NWSL playoffs last season. According to Forward Madison COO Conor Caloia, the game will provide local soccer fans the chance to see the sport at its best.

"It's an incredible honor for Forward Madison to host this historic exhibition game," Caloia said. "We're grateful to both the Red Stars and UW, and I'm glad that we can all play a part in growing women's soccer in Madison."

The NWSL, which is entering its eighth season in 2020, is the longest-running and arguably most successful professional women’s league in the history of American soccer. Every member of the United States’ 2019 World Cup-winning team played in the NWSL.

Tickets for the exhibition game will go on sale Wednesday, Feb. 26 at 10 a.m. on Forward Madison’s website. The match is set to kick off at 7 p.m.