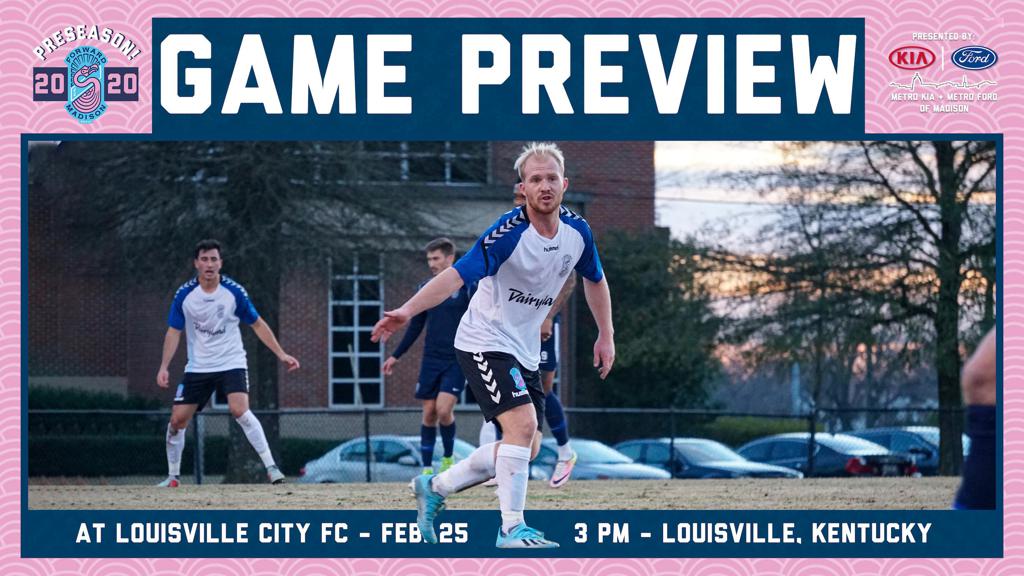 Forward Madison is set to test itself against a high-level opponent Tuesday when the Flamingos take on Louisville City FC in the team’s second preseason game. Louisville was the USL Championship’s runner-up in 2019 and its winner in both years previous.

The match is set to kick off at 2 p.m. CT (3 p.m. local time) at Thurman-Hutchins park. Although no stream of the game is expected, the Flamingos plan to keep fans updated with live updates on Twitter and Instagram Stories.

Forward Madison comes into Tuesday’s match fresh off its first full week of preseason training in Birmingham, Ala. ahead of the team’s season opener on March 28. The Flamingos played their first preseason game last Saturday against Memphis 901 FC of the USL Championship, falling 3-1 after holding strong for a scoreless first half.

According to Head Coach & Technical Director Daryl Shore, his focus in the early weeks of preseason isn’t always on final scorelines.

We’re still putting names to faces,” Shore said following the defeat to Memphis. “Our principle is that we’re starting to lay the foundation.”

Louisville City, in contrast, has almost completed its preseason schedule. The USL Championship kicks off nearly a month before Forward’s USL League One, meaning Louisville has had been training for several weeks already. Louisville is returning home from a victorious outing in the Wasatch Cup, a preseason tournament held in Utah.

After its game in Louisville, Forward Madison will travel to Missouri for a third test against USL Championship opposition when it squares off with Saint Louis FC on Feb. 29.

Since Tuesday’s game is closed to fans, Forward Madison is planning on meeting Louisville supporters when the team arrives Monday night. Anyone who would like to “Meet the ‘Mingos” is encouraged to come to The Hall on Washington St. at around 8:30 p.m. on Monday.