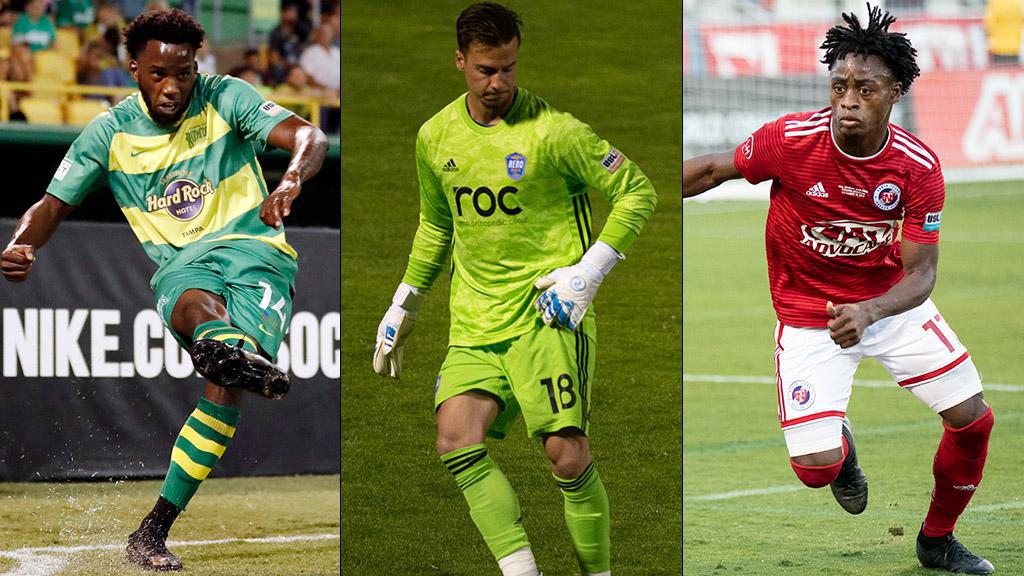 TAMPA, Fla. – Sixty-five leading current and former USL Championship and USL League One players have been named in the provisional rosters for the 2020 Concacaf Men’s Olympic Qualifying Tournament scheduled to be held in Guadalajara, Mexico next month.

The eight-team tournament will determine which two countries will advance to the 2020 Men’s Olympic Soccer tournament to be held in Tokyo this summer.

Thirty-one of the players selected are present on the United States U-23 Men’s National Team’s provisional squad, making up more than half the players named by Head Coach Jason Kreis, who will lead the side in addition to his duties as Head Coach of new USL League One side Fort Lauderdale CF.

Included in the group are goalkeeper David Ochoa – who last season played a key role in Real Monarchs SLC’s victory in the 2019 USL Championship Final – and former LA Galaxy II midfielder Ulysses Llanez, who in January made his first appearance and scored his first goal for the U.S. Men’s National Team in an exhibition against Costa Rica.

Canada also features strong representation from the Championship and League One, with the Tampa Bay Rowdies’ Malik Johnson and Colorado Springs Switchbacks FC’s Aidan Apodaca among the 24 selections with Championship or League One experience by Head Coach Mauro Biello. Also selected is Callum Montgomery, who has joined San Antonio FC on loan in the Championship this season from FC Dallas after winning the USL League One title last season with North Texas SC.

The 2020 Concacaf Men’s Olympic Qualifying tournament opens on March 20 with group play, with the United States set to face Mexico, Costa Rica and the Dominican Republic in Group A and Canada to face Honduras, El Salvador and Haiti in Group B. The top two teams will advance from each group the Semifinals, where the two winnings sides will earn a place at the 2020 Tokyo Olympic Games.