Flamingos will have opportunity to receive loan players, host exhibition with MLS team 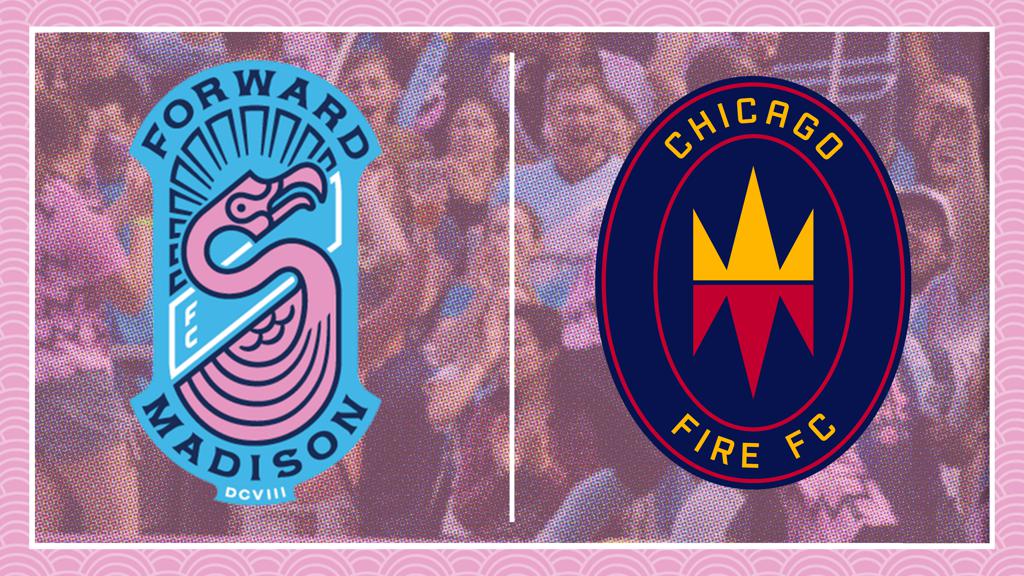 Forward Madison FC announced a new affiliation agreement today with Chicago Fire FC of Major League Soccer. Under the terms of the partnership, the Flamingos will have the opportunity to receive players on loan and host an exhibition game with the Fire.

“We are thrilled to partner with Forward Madison FC as our USL affiliate,” Heitz said. “Madison is a professional organization and a club that will provide our players the right opportunity to develop in a competitive environment.”

The new affiliation permits the Fire to loan players to Madison, which provides fans in the Midwest the opportunity to see some of the Fire’s future stars on display in Wisconsin’s capital. Players on loan will receive the chance to showcase their talents in USL League One while being afforded a clear pathway to the first team. In addition, Forward Madison FC may utilize select Fire Academy players for games and training sessions. In this scenario, Academy players would retain their amateur status in relation to NCAA eligibility.

“We’re excited to work with the Chicago Fire as our MLS affiliate in 2020,” Forward Madison Chief Operating Officer Conor Caloia said. “We feel this partnership will have a significant impact on our fight to deliver a championship to Madison this season. Between the ownership, management team and coaching staff of the Chicago Fire, there is a great energy in that organization right now that aligns well with where we are going.”

Chicago Fire FC – based approximately three hours away from Madison by car –  will play its home games at Soldier Field this year. Per the affiliation, a member of the Fire’s first-team technical staff will be present at each Forward Madison home game to monitor the development of players. Furthermore, the affiliation allows the two clubs to share technical and performance resources as well as an opportunity for a friendly match at a date to be determined.

Chicago Fire FC is one of the most storied franchises in MLS, boasting one MLS Cup and four U.S. Open Cup trophies. Forward Madison Head Coach & Technical Director Daryl Shore was a Fire assistant from 2000-2010, and former FMFC managing director Peter Wilt was the Fire’s first general manager from 1997-2005.