Flamingos to do virtual battle with season opener opponent 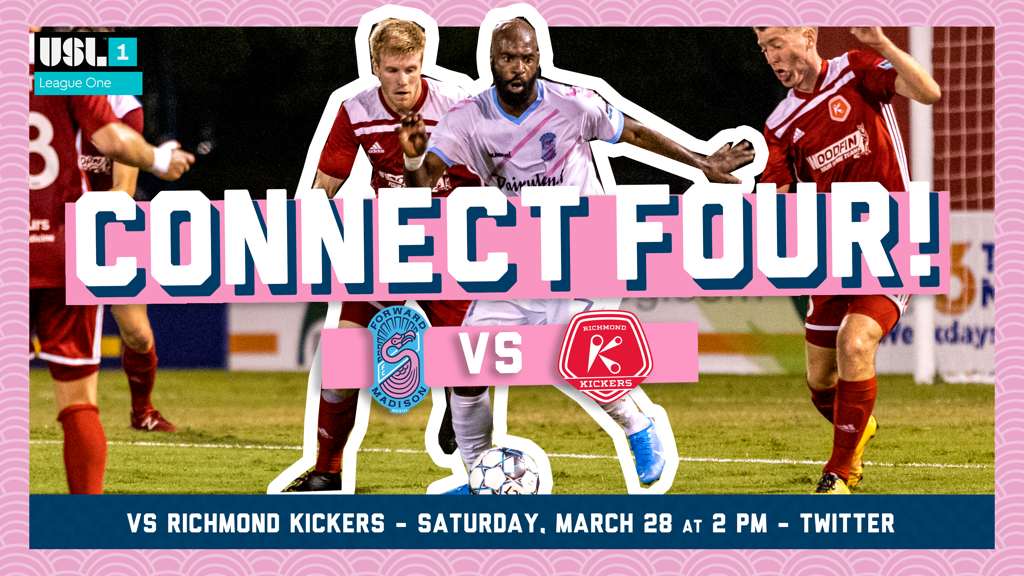 Forward Madison is kicking off its season this Saturday, but not in the way it had planned...

The Flamingos are set to compete in a match of Connect Four against the Richmond Kickers on Saturday, March 28 at 2 p.m.

The match will take place on Twitter on the same day that the teams were originally supposed to face off on the pitch before the COVID-19 pandemic delayed the start of the USL League One season.

A rivalry birthed over social media and at a Red Army Tailgate during the 2019 season, the Henny Derby is a competition and a bond between Richmond and Madison that was never contained exclusively in stadiums and fields.

Following the end of the Connect Four match, Forward Madison will re-broadcast its Sept. 14 game at Richmond on the club's official Twitch channel. The Flamingos plan to start the broadcast at 6:30 p.m., when the original season opener was set to kick off.