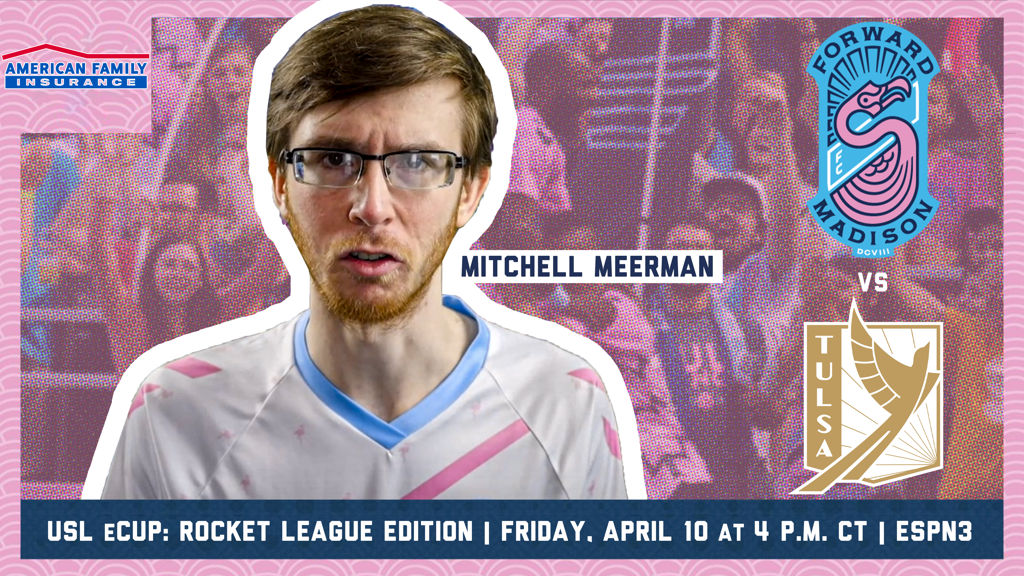 Forward Madison’s hopes in the USL eCup will come down to the team’s final group stage game. Forward will play FC Tulsa of the USL Championship on Friday, April 10 at 4 p.m. on ESPN3, with the winner advancing to the tournament’s knockout round.

Watch the highlights from Forward Madison vs Memphis 901 FC in the USL eCup!

The USL eCup, which features 32 teams from across the USL Championship and USL League One, was organized to give fans a respite during outdoor sports’ pandemic postponement. Teams compete in Rocket League, a video game hybrid of soccer and auto racing. The teams are divided into groups of four, and the top two finishers from each group advance to a knockout stage.

Against FC Tulsa on Friday, Meerman will face the only other team in the group that has both won and lost a game, meaning the winner will advance to the knockout round and the loser will exit the tournament.

“I’m going to have to bring my A-Game against FC Tulsa if we want to move on to the knockout stage,” Meerman said. “I’m glad I could bring Forward its first win of the season, and I’m looking forward to bringing a second.”