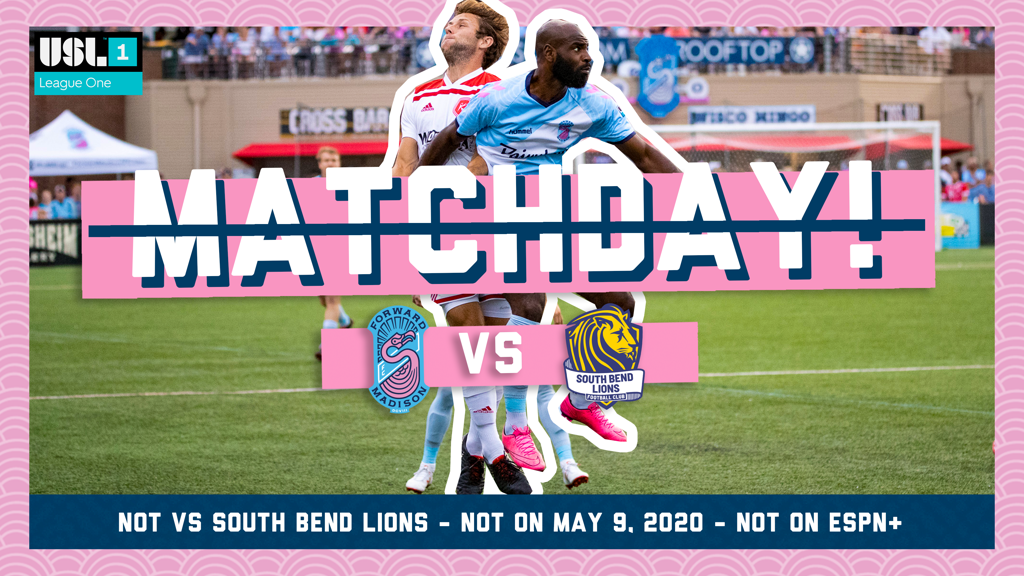 South Bend was scheduled to play its first game in team history on Saturday, May 9. Instead, in order to maintain social distancing guidelines and assist the nationwide effort to flatten the curve, the Lions are now lining up honorary opponents for a unique “Uninaugural Game” event on that date.

Forward Madison joins a select group of clubs stepping up to join South Bend's "Uninaugural Game," including Oxford of the English League One, York9 FC of the Canadian Premier League and Indy Eleven of the USL Championship.

Instead of gathering at South Bend’s TCU Field on May 9, Lions FC and Forward Madison instead encourage fans to stay home and take part in a virtual tailgate along with other official “non-opponents” to celebrate the spirit of the world’s most popular sport. Fans can also show their support by going to SouthBendLions.com to purchase $1 “non-gameday tickets” that will benefit COVID-19 relief efforts in the South Bend area. Full details on Lions FC’s “Uninaugural Game” celebrations can be found at www.southbendlions.com.

Forward fans can also join the Flamingos' own non-game, the Match for Madison, which will not kick off on May 22.