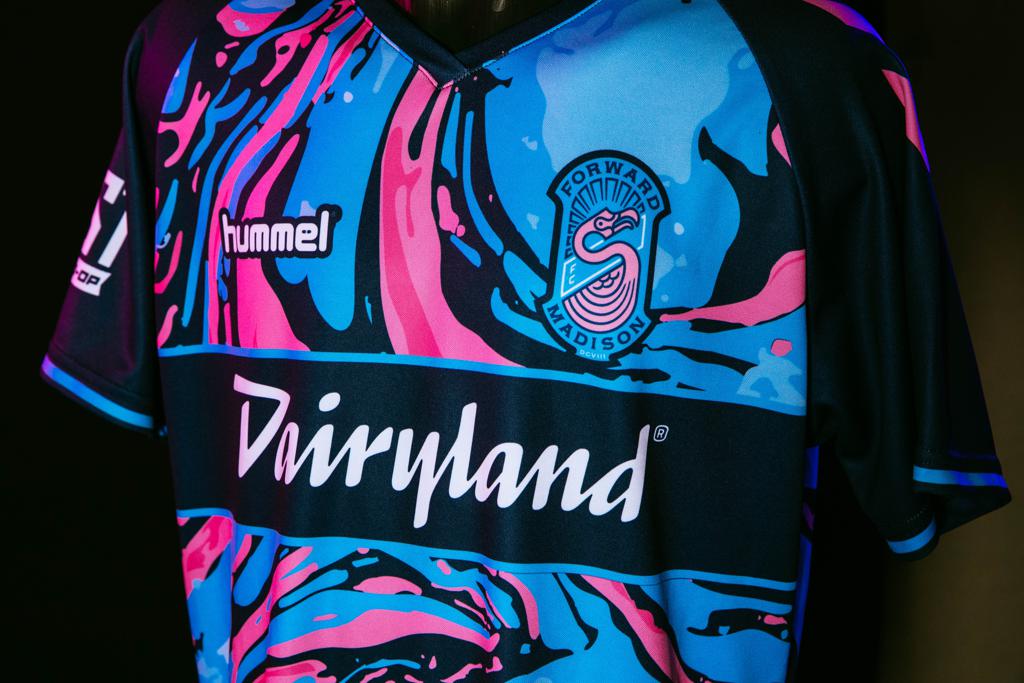 Forward Madison FC made a splash in the soccer world Saturday, revealing its long-anticipated 2020 alternate jersey. The kit, bathed by fluorescent blues and pinks, was created on canvas as an artwork before being digitally transferred to the jersey.

READ: "This is how Forward Madison’s new alternate kit was designed"

The Flamingos’ 2020 alternate kit follows a high standard, succeeding 2019’s pink-patterned jersey that SiriusXM FC listeners dubbed the best in the world. According to FMFC designer Cassidy Sepnieski, though, this season’s effort might just top it.

“We wanted something that people can wear in their everyday lives that’s cooler, more street-culture that what we’ve done in the past,” Sepnieski said. “It wears so well on people. It’s something that makes you stop and look.”

The jersey itself bubbles blue at its base, with light, frothy patches seeping out onto the foreground. The kit’s defining feature may be its splashes of pink and navy, which ripple across the shirt, synchronised but defying pattern.

Sepnieski created the kit’s design using a technique called hydro dipping, which involves mixing paint into water and applying it to canvas.

“I went through probably eight or nine canvasses of attempting that street art style,” she said. “I took a couple art classes in college, so I have some painting under my belt, but nothing like this. It was just inspired by the colors and the textures in the water.”

According to Sepnieski, the jersey is a tribute to the culture of Forward Madison.

“From the front office to the players to The Flock to the general fans, we’re a vibrant bunch of people and it’s exciting to get to work in an environment like that,” Sepnieski said. “That’s where real creativity happens. Without the room and the expectations - that standard of Loud, Vibrant, Unwavering - these kits would not be possible.” 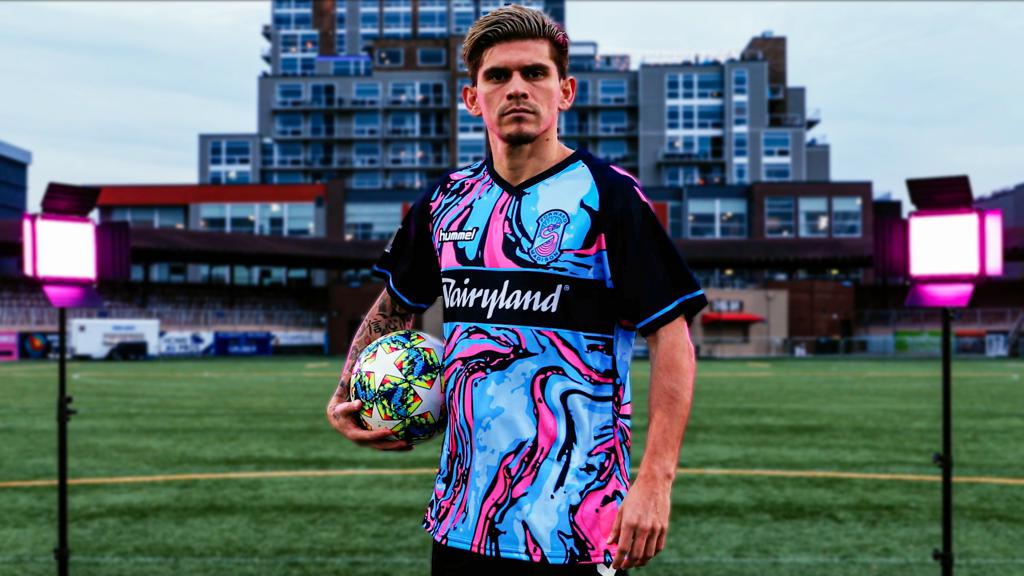