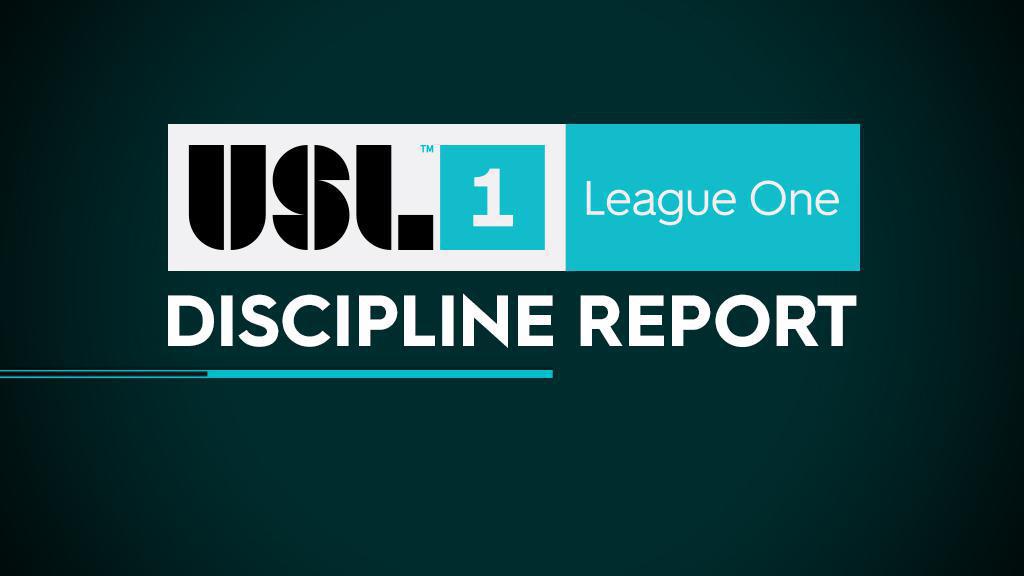 TAMPA, Fla. – The following is the USL League One discipline report for Week 3 of the 2020 season:

Fort Lauderdale CF’s Joshua Saavedra and Ian Fray have each been suspended for one game following their red cards for two cautionable offenses against FC Tucson on July 25. Both Saavedra and Fray will be unavailable for Fort Lauderdale’s contest against the Richmond Kickers on Saturday.

Greenville Triumph SC’s Brandon Fricke has been suspended for one game following his red card for denial of a goalscoring opportunity against the Richmond Kickers on July 25. Fricke will be unavailable for Greenville’s contest against Forward Madison FC on Friday.