Flamingos fail to score, but hold league-leading Greenville to 0-0 draw 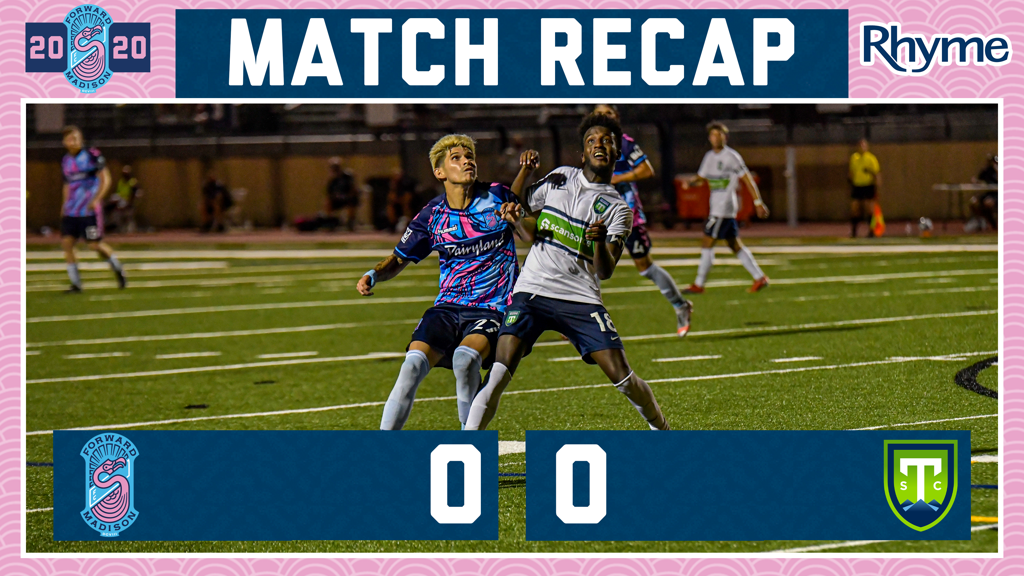 Forward Madison held league-leading Greenville Triumph SC to a 0-0 draw during the team’s debut at Hart Park in Wauwatosa on Friday night. The Flamingos came close on several occasions, but never found the back of the net in their first game at the club’s temporary home.

With a limited capacity and social distancing measures in place, the match certainly didn’t feel quite like what the Flamingos are used to at Breese Stevens Field. Still, team captain Connor Tobin said the fans at Hart Park and beyond gave Forward players their motivation.

I know that [with] the group that came out here tonight, we felt a tremendous amount of support,” Tobin said. “I think we’re seeing that the support is awfully strong in our home of Madison, but there are a lot of people around the state that support us. It’s only gotten stronger.”

Greenville came close in the 6th minute through a rare indirect freekick inside the penalty area after goalkeeper Philipp Marceta picked up a pass from Tobin. Still, Marceta was up to the challenge, saving Omar Mohamed’s close-range shot.

According to Marceta, he picked up the ball because he thought a Greenville player was last to touch it.

“We did a great job keeping [the ball] out there,” Marceta said. “It was not easy during the first five, 15 minutes.”

On the other end, striker Wojciech Wojcik hit Hart Park’s football goalpost with his own shot from the edge of the box in the 17th minute. J.C. Banks also came close in the 31st minute, heading a ball just wide of the net.

Eventually, the first half ended scoreless, with most of the contest playing out in a tough midfield battle.

The second half provided few meaningful chances in front of goal even as the Flamingos pushed numbers forward during the final minutes of the game. Head Coach Daryl Shore used four substitutions, including Chicago Fire loanee Alex Monis to add pace on the wings and Brandon Eaton to inject energy into the midfield.

“I think Alex coming into the game changed it, because we moved Don [Smart] centrally and Alex’s pace changed it a little,” Shore said. “At the end of the day Brandon Eaton came in, and he’s the one that changed the game.”

Still, no Flamingo could provide a finishing touch.

With Forward Madison now sitting on one point after its first two games, Tobin said the team needs to kick into a new gear.

“There are a lot of excuses floating around that are easy to latch on to, but it goes back to fault versus responsibility,” Tobin said. “If guys want to point out things, we’re going to struggle. The only person that should be pointed out, regardless of whether or not it’s their fault, is themselves. Right now, just from a pure effort and competitive standpoint, we’re not where we need to be.”

Forward Madison’s League One season continues next week as the Flamingos travel to Virginia to take on the Richmond Kickers on Saturday, August 8.