Forward Madison returns home with work to do against Tormenta 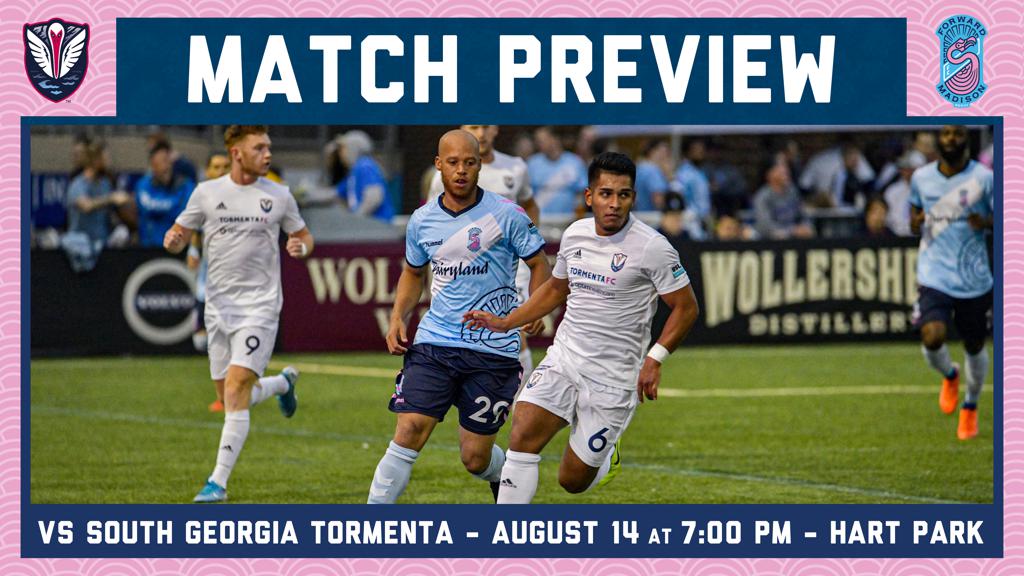 At the start of this year’s USL League One season, playing soccer for the first time in five months may have felt like a novelty to Forward Madison. But after three games and just one point to speak of, the Flamingos must get back to business quickly.

That’s the context in which Forward Madison FC will take on South Georgia Tormenta FC this Friday, playing in the team’s second game at Hart Park in Wauwatosa. The ‘Mingos simply haven’t gotten off to an ideal start in this year’s shortened, 16-game season. Although there’s still plenty of time to turn it around, a win this week could really kickstart their hopes.

Forward perhaps came closest to a victory last Saturday, when, despite leading in many traditional statistics (e.g. shots on target, possession), FMFC fell to a 1-0 defeat at Richmond. Speaking on Behind the Feathers, Head Coach Daryl Shore said his team has to look at the upside.

“We can’t worry about that, we can’t let this affect us and we can’t go in the wrong direction,” Shore said. “We have to take the positives out of the last game and build on that to now go into a hard game against Tormenta and try to do our best to get the three points.”

The Flamingos are in little position to bargain. They currently sit 10th in USL League One, six points adrift of one of only two playoff places allotted this year. And not even a draw would be good enough to move them up the standings.

Luckily, Forward may be able to count on some reinforcements. Center back Jalen Crisler, who has been sidelined since Week 1 with a knee injury, is now back in training. Creative midfielder Michael Vang is still waiting on international transfer paperwork to be processed, but could play if it is done in time. And the Flamingos are closing in on the announcement of a brand new player signing, who could be available to play as soon as Friday.

On the other side, South Georgia Tormenta FC arrive in Wauwatosa following two consecutive defeats, but still sit fourth in USL League One in part thanks to their five games played - more than any other club.

According to Shore, Tormenta’s front line will likely look to test the Flamingos from the start.

“They’re a team that moves the ball well and they like to get forward a lot,” he said. “It’s going to be a tough game. They’re coming off two losses, so they’re going to feel a little hard done by.”

South Georgia has only played one away game thus far, falling 1-0 to Greenville Triumph on August 5. Three days later, they followed it up with a 2-1 loss against Fort Lauderdale CF.

That being said, Tormenta has seen some bright spots. Spanish midfielder Nil Vinyals won League One’s Player of the Week award in Week 3, and Marco Micaletto remains a dangerous presence following a breakout 2019.

Forward Madison split its three-game series with South Georgia Tormenta last year, losing the first, winning the second and drawing the third. For Shore, it’s all up for grabs this time.

“It’s going to be a game where both teams feel like they need the full three points,” he said.

Following Friday’s game, the Flamingos will hit the road again to face USL League One debutant Union Omaha on Wednesday, Aug. 14 at 7 p.m.