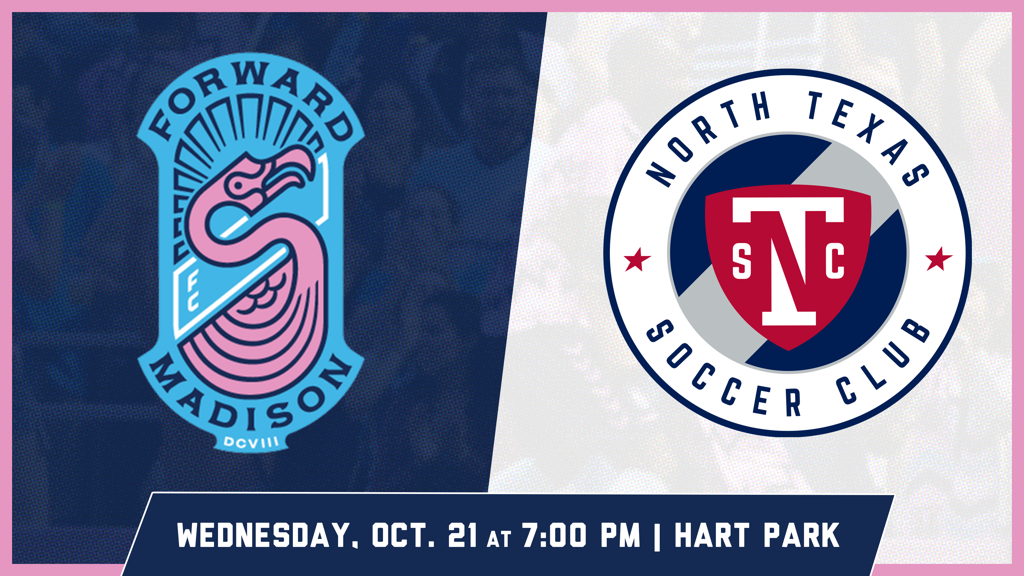 Forward Madison FC has announced that it’s match against North Texas SC has been rescheduled to Wednesday, October 21st at 7 p.m. at Hart Park Stadium in Wauwatosa. The match, which was originally scheduled for August 30th, was postponed to shift the focus to the fight against racial injustice following the shooting of Jacob Blake in Kenosha, WI.