Flamingos will travel to Greenville for big League One clash 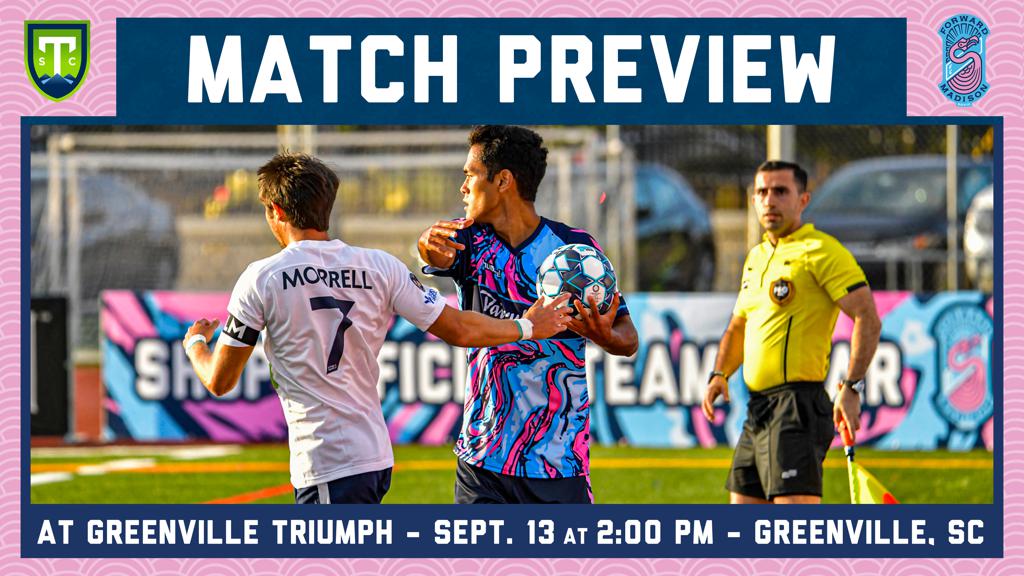 Forward Madison will have a chance to test its strength this Sunday as it prepares for a showdown with runaway league leaders Greenville Triumph SC. The Flamingos have outscored their opponents 12-2 in the last four games, but now face a challenge perhaps more difficult than any other in USL League One.

Speaking on Behind the Feathers this week, Head Coach Daryl Shore said he expects a battle.

“We know it’s going to be a hard game,” Shore said. “It’s a tough challenge for us to have to go on the road and play them.”

Forward Madison heads into Sunday’s match in fine form, coming off a 4-0 win over New England Revolution II last week. The Flamingos have now gone four games without a defeat, their longest streak of the season.

Shore’s team will still be without midfielder Brandon Eaton, who suffered an injury in training two weeks ago. Even without Eaton, though, the Flamingos have proven themselves quite capable.

“We think we’re in good form,” Shore said. “We’re creating a lot of good chances right now and we feel like we can play against Greenville.”

Michael Vang and Jiro Barriga Toyama are two Flamingos to watch, having both made USL League One’s latest Team of the Week. Midfielder Fito Ovalle, meanwhile, marked a memorable debut against New England with a stunning goal from well outside the 18-yard box.

On the other side, Greenville Triumph enters Sunday leading League One by three points. The Triumph won five of their first six games, but have looked more vulnerable lately, losing away games to New England and Richmond before rebounding with a victory of South Georgia Tormenta last week.

“[Greenville] brought a big core of guys back from last year, plus they made a few additions,” Shore said. “John [Harkes] does a really good job with his group. They don’t give up a lot of chances and they’re dangerous in the way they go forward.”

Greenville’s road to the top has been led by its defense, which has kept a League One high five clean sheets and allowed just six goals in nine games. Goalkeeper Dallas Jaye and defender Tyler Polak, who both made 2019’s All League One First Team, have returned to anchor the backline this year.

If Forward Madison is to come away with three points on Sunday, it must achieve a feat it has yet to accomplish. The Flamingos have never scored a goal against the Triumph, having drawn three matches 0-0 (including one earlier this season at Hart Park) and having lost one 0-1.