Flamingos fall 2-0 away to Greenville, remain fifth place in USL League One 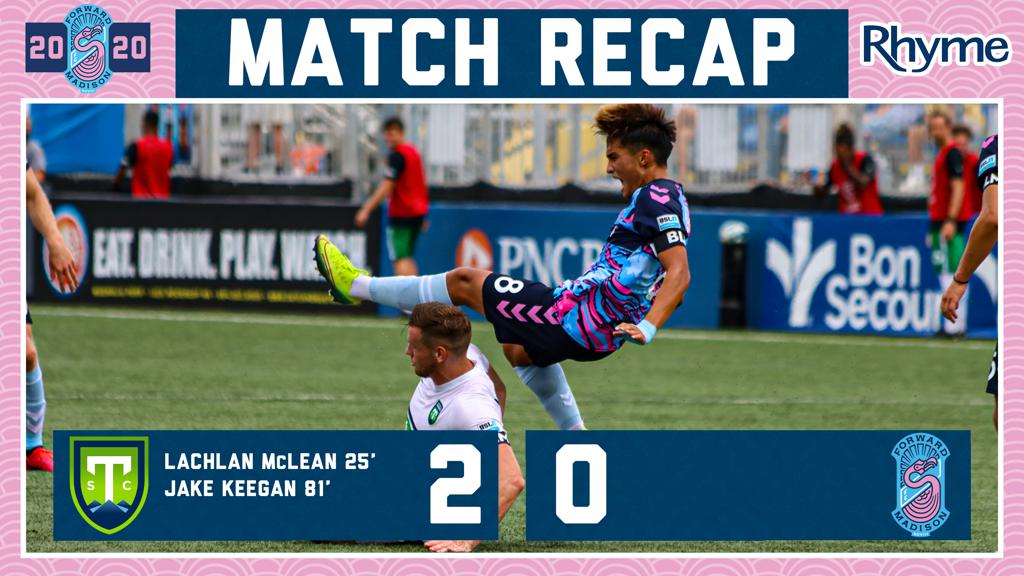 Forward Madison’s four-game unbeaten streak came to an end Sunday as the Flamingos fell 2-0 on the road to league leaders Greenville Triumph SC. Forward conceded one goal early and another one late in what the team will hope is a temporary bump in the road

Greenville striker Lachlan McLean opened the scoring in the 25th minute with a goal from close range. McLean received the ball with his back to goal, spinning around to bounce a shot past Flamingos goalkeeper Philipp Marceta.

Forward’s J.C. Banks came close to equalizing before the break, but his rolling shot from the top of the penalty area was parried by Jaye in the 43rd minute.

The Flamingos pushed ahead in the second half, but struggled to create chances, ultimately coming up short against a defense that has now allowed only six goals in 10 games.

In the end, it was Greenville’s Jake Keegan who sealed the game by doubling the Triumph’s lead in the 81st minute. Keegan powered a low shot from the edge of the area to Marceta’s far post, all but confirming defeat for Forward Madison.

Midfielder Fito Ovalle made his first start for the Flamingos, while defender Connor Tobin didn’t make the trip due to personal reasons. With Tobin out of the starting lineup for the first time in club history, it was defender Christian Diaz who assumed the captain’s armband.

Defender Jalen Crisler also made his long-awaited return from injury, coming on as a substitute in the 87th minute.

Following Sunday’s loss, Forward Madison will head west for a visit with FC Tucson on Wednesday, Sept. 23. The Flamingos remain fifth in USL League One, still five points off a playoff spot.

Our four-match unbeaten run comes to an end on the road against the league leaders.