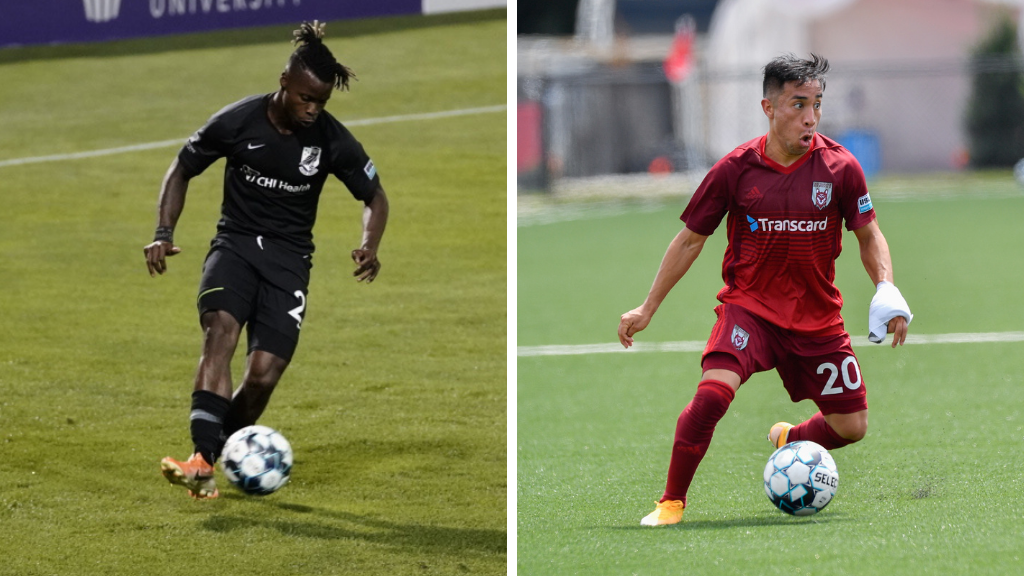 Chattanooga Red Wolves SC and Union Omaha meet for the first time on Tuesday in a match that could have major implications on the League One table. The game, which was originally scheduled to be played on August 12 but was postponed due to weather, is set to kick off at 12 pm ET at CHI Memorial Stadium.

Both clubs carry lengthy unbeaten streaks into the match -- Chattanooga hasn’t lost in its previous four matches while Omaha is off to the best start in League One’s short history, playing its first eight matches without a loss. Los Buhos sit in second place, one point above the Red Wolves with a game in hand, meaning three points on Tuesday will go a long way for either side.

First-time professional head coaches Jay Mims and Jimmy Obleda take to the sideline opposite one another for the first time with their sides full of confidence, here are three things to watch:

After missing two games due to injury, Chattanooga’s Marky Hernandez was back in a big way on Saturday. The 5-foot-5 winger assisted the game-tying goal seconds after entering the match as a substitute against the Richmond Kickers, then provided the assist on Steven Beattie’s game-winner in stoppage time. He now has two goals and two assists in his last two appearances.

Hernandez’s absence was noticeable in Chattanooga’s lackluster attacking displays against New England and Fort Lauderdale. The Red Wolves missed his energy and willingness to dribble at defenders on the flanks as they struggled to create against two sides below them in the table. With Hernandez reintroduced in the second half of Saturday’s 2-1 win over the Kickers, Chattanooga’s attack rounded back into form. Whether Obleda chooses to start him or bring him on as a substitute, expect Hernandez to be the straw that stirs the drink against Omaha.

Possession stats can usually be thrown out the window, but here they indicate that the Red Wolves and Los Buhos are comfortable sitting back in defense until the opponent makes a mistake. Both have the ability to turn those mistakes into chances at the other end of the pitch - Omaha leads the league in chances created per game while Chattanooga leads the league in goals scored. If all goes to plan, we should be in for a wild match on Tuesday afternoon and one that could be decided in transition.

With three matches in seven days, Mims and Obleda may choose to rotate their squads for the midweek clash. Both clubs benefitted from timely contributions from substitutes over the weekend - Ferrety Sousa scored a late goal to earn Omaha a point in South Georgia and Hernandez and Beattie combined to secure a late victory for Chattanooga - and those contributions may warrant a shake-up in the Starting XI on either side.

JP Scearce has also had a big impact off the bench for Los Buhos through the club’s first eight games and the Red Wolves signed goalscorer Patrick Okonkwo last week to add depth up top. We won’t be surprised if we see either, or both, feature heavily on Tuesday. Both Mims and Obleda have plenty of reinforcements at their disposal and we’ll know soon enough whether they’re going to rely on the ‘if it ain’t broke don’t fix it’ methodology or inject fresh legs into their lineups.