Flamingos looking for revenge as last month of season begins 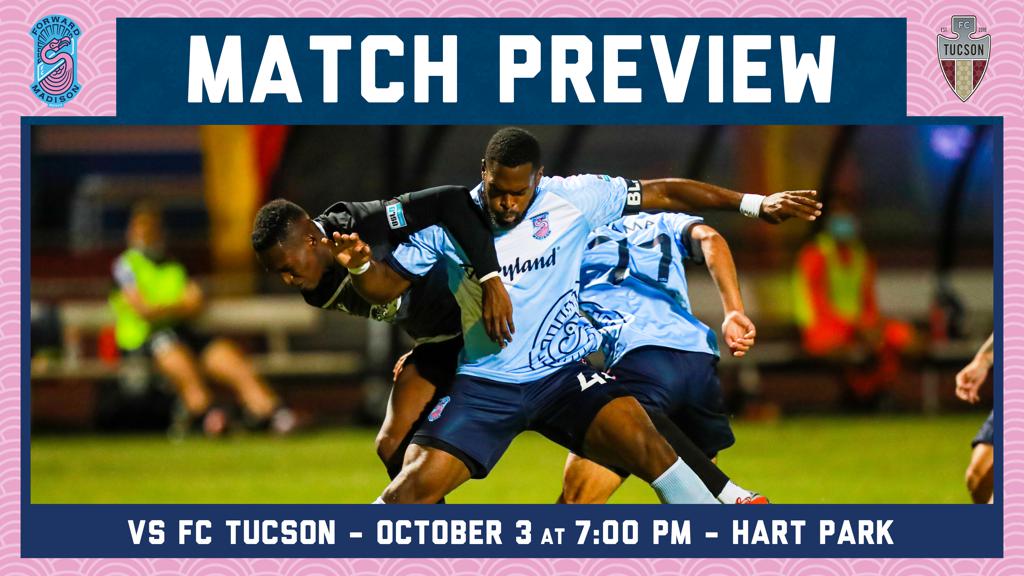 Forward Madison will kick off the final month of its 2020 campaign on Saturday night, taking on FC Tucson at Hart Park in Wauwatosa. The Flamingos are nearly in the home stretch of the regular season, with just six games left to play, and currently sit fifth in USL League One - six points off a spot in the championship game.

With time running thin, every result could dramatically affect FMFC’s playoff chances. The Flamingos are well behind league leaders Greenville Triumph, but following a victory over Chattanooga last weekend, find themselves two wins away from second-place Richmond Kickers.

Speaking on Behind the Feathers this week, Head Coach Daryl Shore said his team needs to pick up points in its home games to have any chance at a playoff spot. Forward Madison has won three straight matches at Hart Park, and will play there four more times in October.

“We’ve got a number in our heads that we think we’ve got to get to, but we also know it’s going to be really difficult,” Shore said. “We’re all chasing Richmond and Greeenville, and what we have to do is we have to continue to get wins at home and put those teams under a little bit of pressure.”

Saturday’s match comes on the heels of Forward’s 1-0 win against Chattanooga last Saturday, which snapped a two-game losing streak. Midfielder Michael Vang scored the only goal of the game, knocking home the rebound after Wojciech Wojcik’s header was parried by the opposing goalkeeper.

“It was a very important game for us,” Shore said. “It was a great bounce back from our group. I’m really proud of how our guys responded.”

Shore chose to rest several of his regular starters during that game due to short recovery time between matches, with Wojcik, J.C. Banks, and Jiro Barriga Toyama all coming in off the bench. This week, though, the Flamingos have had a whole seven days of rest, giving Shore a less limited selection of players to choose from.

Another positive for FMFC could soon come in the form of midfielder Brandon Eaton, who - although he will not feature this week, per Shore - is back in training after missing several weeks through injury.

And just in case making the playoffs wasn’t enough incentive, Forward Madison could have an extra motivation against Tucson on Saturday: Revenge. The Flamingos lost 1-0 in Arizona last Wednesday, and Shore said his team needs to show it can do better.

“It’s not going to be an easy game,” Shore said. “We’ve got to roll up our sleeves. We’ve got to be ready to battle with them.”

FC Tucson, meanwhile, are currently in the midst of their own playoff chase. Tucson is tied on points with FMFC, but has played two more games and doesn’t have as good a goal differential.

Still, Tucson’s form as of late has been impossible to predict. Saturday’s opponents have gone 2-2-2 in their last six games, and have done no better at home this year than on the road.

Striker Shak Adams, who did not play during Tucson’s win over Forward Madison on Sept. 23, leads the team with four goals, while Charlie Dennis has set the pace with four assists. Although Adams will likely be back in the lineup, Tucson will be without regular defender Derrick Silva, who left the team to begin his collegiate career with UCLA.

Forward Madison is 2-1-1 all-time against FC Tucson. The Flamingos won both their home matches against the Arizonans last year, recording 2-1 and 1-0 victories at Breese Stevens Field.

Following Saturday’s game, FMFC will finish its three-game Hart Park homestand next Sunday when it plays host to Union Omaha on Oct. 11 at 4 p.m.