Flamingos look to ascend towards League One Final against Owls 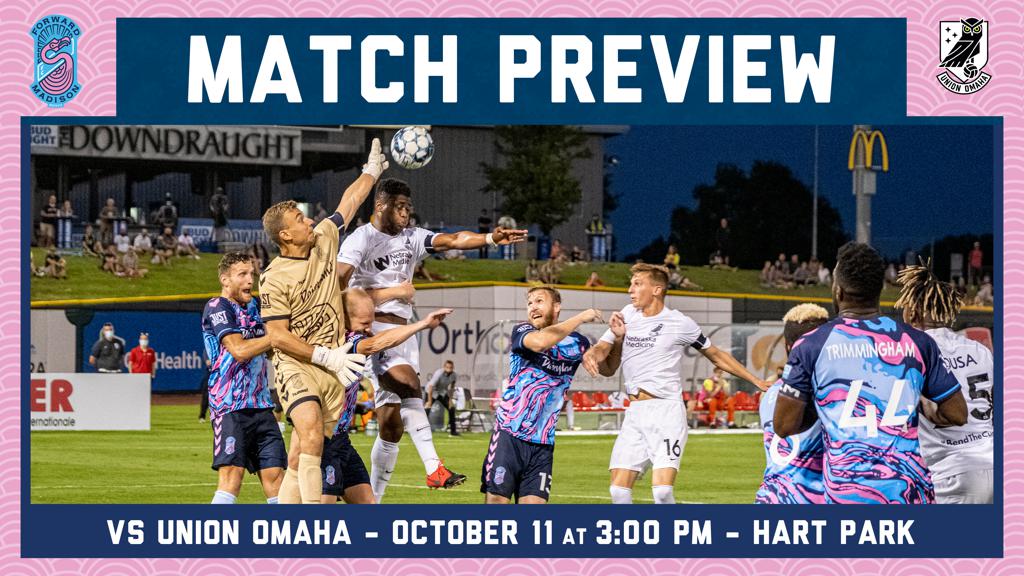 With just five matches left to play in its second season, Forward Madison is on the edge. Madison’s team may be eight points outside of the USL League One Final, but with more games in hand than any other team, the chance is still there.

All the Flamingos have to do is win. And then win some more.

Facing Union Omaha this Sunday, the time is nigh for a final ascent. Omaha, which currently sits in third place, is seven points ahead of Forward Madison with two more games played.

It’s a precarious position for the Flamingos, which failed to capitalize on 19 shots in a 0-0 draw against FC Tucson last week. Still, it wasn’t all bad news for Daryl Shore’s men, who extended their unbeaten record at Hart Park to five games.

Sunday’s match represents the first of five matches in 13 days for Forward Madison, and will thus provide a challenge in terms of both mental and physical fatigue. Head Coach Shore may rely on the full depth of his squad, which has been enriched this year by the successful midseason additions of forward Noah Fuson and midfielder Fito Ovalle.

On the other hand, Sunday’s opponents, Union Omaha, won’t have to face the same issues. The Owls have had a successful first season on the field, and with three games left on the calendar, are just one point behind second-place Richmond Kickers.

The two teams figure to match up differently from their first contest on Aug. 19, when Forward Madison scraped out a 1-1 draw in Papillion, Nebraska. That match featured a memorable first professional goal for Eric Leonard, with the Flamingos holding onto a point after Josiah Trimmingham saw red with minutes to play.

This time around, though, FMFC has home-field advantage, not to mention a wider pitch to work with compared to Werner Park, the converted baseball field that Union Omaha calls home.