Forward Madison earns a point in 0-0 draw with Omaha

Flamingos stretch Hart Park unbeaten streak to six, but fail to emerge with a win 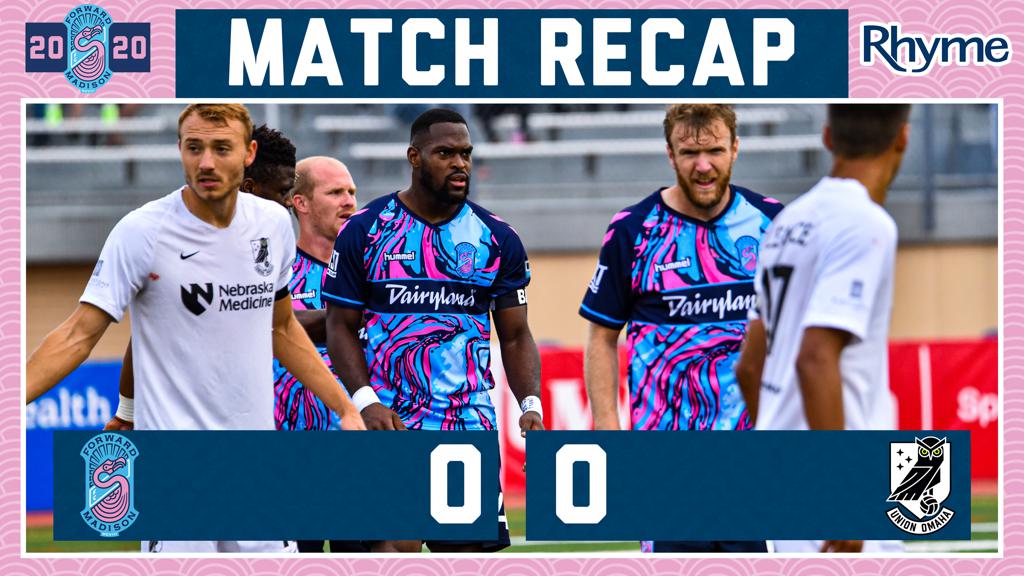 Forward Madison FC drew 0-0 at home for a second straight week on Sunday, failing to break the deadlock against Union Omaha. The result means the Flamingos still haven’t lost a home game this year, but remain seven points away from a spot in the USL League One Final.

According to Head Coach Daryl Shore, his team gave it their all to go for the win - even throwing center back Josiah Trimmingham up to the front line during the final minutes of the match.

“We put everything into the game,” Shore said. “It’s unfortunate, because now we need a lot of help. We’re still in it. Mathematically we’re not out of it, and if we get a couple of results to go our way and win out then there’s still a chance. I can’t really fault the guys for the effort.”

The first half featured a bevy of chances for the Flamingos, with J.C. Banks leading the line with two shots. Banks, who had been out of the starting 11 for the past two games, played on the right wing for much of the match.

“It felt good to get a full 90 [minutes],” Banks said. “It’s frustrating not to get a goal out of that game, but we’ve got to be even more dangerous. I don’t think we were dangerous enough so we’ve got to do that the next couple of games. We need to win out now.”

The second half had its moments, but the closest chance on goal came in the final seconds. Omaha’s Illal Osumann put a header on goal in the 92nd minute, but defender Gustavo Fernandes saved the Flamingos by heading the effort off the goal line.

Fernandes, who had only just entered the game as a substitute, said it was a natural reaction.

“Coach always tells us to be ready for when our number is called, and when your number is called you go in and do the best you can,” Fernandes said. “I was always taught from a young age that if you can’t win the first ball, just go to the goal line and see if you can make a play. It came right to me so I had to clear it out.”

With the draw, Forward Madison stays in eighth place. With four matches left to go, though, FMFC has more games in hand than any other team in League One.

For Shore, the Flamingos might just need a bit of luck.

“We just haven’t gotten a break in that last couple of games,” Shore said. “If you get that one little break and you score the goal, then the game changes and maybe it opens up a little bit. We’ve just got to find a way to get that one chance, to get one goal.”