The playoff picture could become clearer after this weekend’s matches 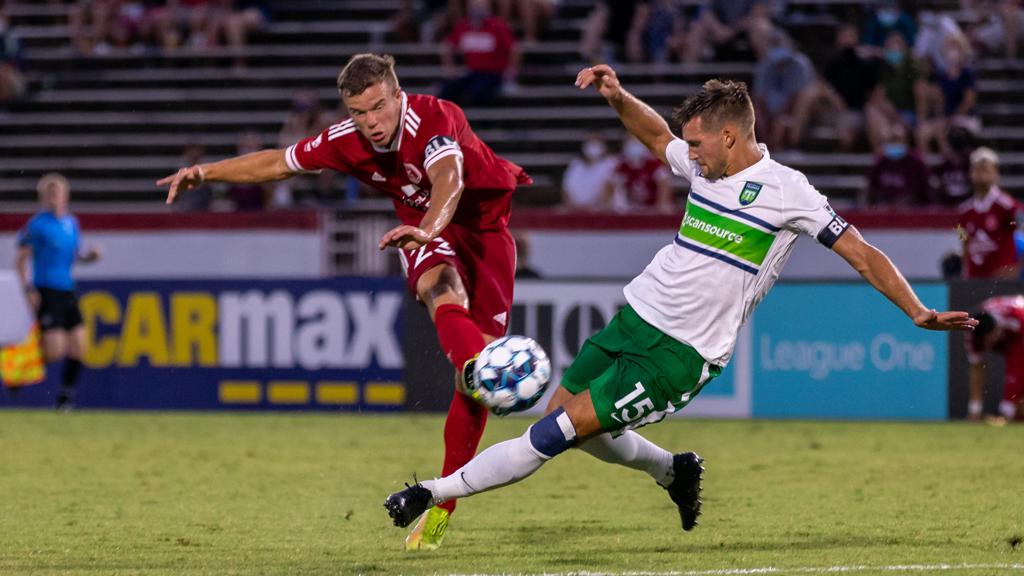 Greenville has its place in the League One Final, will Richmond join them? (Photo courtesy of Jessica Hendricks/Richmond Kickers).

We’ve reached the penultimate weekend of the 2020 League One regular season and seven teams are still mathematically alive in the League One Final equation, including Greenville Triumph SC, which has already clinched its place.

Here’s what we know: the Triumph will play in the Final on October 30th and Tormenta FC, Orlando City B, Fort Lauderdale CF, and FC Tucson have been eliminated. Who will join the Triumph in the Final and where that match will be played is still yet to be decided, but both answers may become clearer after Week 14.

Here’s what’s on the line in each match this weekend.

A draw in Friday night's showdown between the New England Revolution II and North Texas SC did little to help either side. A point was enough to keep NTSC alive through the weekend regardless of other results, but Eric Quill's side is now even more reliant on others to drop points than it was before kickoff on Friday. With a maximum point total of 27 and a maximum win total of six, North Texas needs a miracle now.

New England, meanwhile, will be eliminated with a Richmond Kickers win or draw or a Union Omaha win.

Two sides we thought would be strong contenders to claim a place in the League One Final at this point in the season are now fighting for their playoff lives. Chattanooga Red Wolves SC hosts Forward Madison FC on Saturday afternoon in the last match at CHI Memorial Stadium this season. Both sides have dug themselves into a likely insurmountable hole after going winless in their last three matches, but a win for either Chattanooga or Madison would crank up the pressure on others heading into the final week of the regular season.

A Madison win would see the Flamingos go to 20 points and keep their maximum point total at 26, which could keep the side alive heading into their final two matches depending on the result of the Richmond match later in the day (more on that later). Madison will need help from several places to reach the Final, but a win here keeps it neck-and-neck with North Texas SC prior to the midweek clash between the two sides in Week 15. We’ve seen late-season magic from the Flamingos before, and, if nothing else, a win over the Red Wolves on Saturday will make next weekend that much more interesting. A loss does not officially eliminate the Red Wolves, but a point for either Richmond or Omaha later in the weekend would see their postseason chances reduced to zero.

If Chattanooga wins, it will move within two points of the second-place Kickers and the third-place Owls ahead of the remaining weekend slate. A win in the last game at CHI Memorial Stadium will restore some hope in the Red Wolves faithful while placing Head Coach Jimmy Obleda’s side in the thick of things heading into Week 15. A Chattanooga win would also eliminate Madison from Final contention. With a loss in Chattanooga, the Flamingos would see their maximum point total be reduced to 23 and maximum wins total reduced to six, meaning the side could no longer catch Richmond on the total wins tiebreaker. 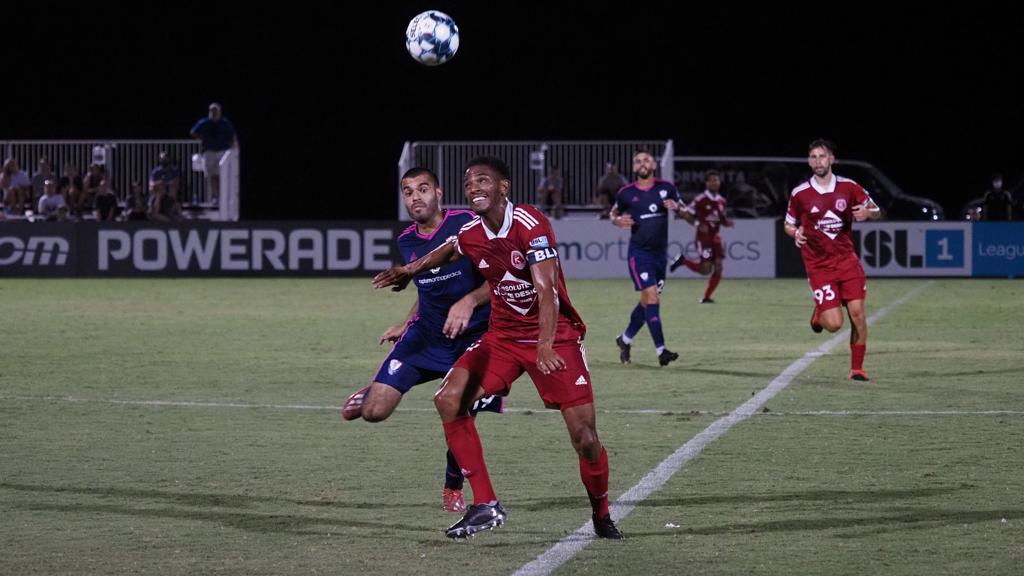 Richmond can put itself on the brink of clinching with three points over Tormenta FC on Saturday. (Photo courtesy of Tormenta FC/Aaron Cranford)

Of all the sides competing this weekend, the Richmond Kickers have the most to gain. A win for the second-place Kickers over tenth-place Tormenta FC would put Darren Sawatzky’s side on the doorstep of the League One Final, while eliminating several of the other contenders. A Kickers win would move the side to 26 points with eight wins which would eliminate Forward Madison regardless of the result of its match against Chattanooga. The loser of the New England vs. North Texas match would also be eliminated and Chattanooga would be eliminated with a draw or a loss earlier in the day against Madison.  Most importantly, however, a Richmond win and an Omaha loss to Greenville on Sunday would see the Kickers’ closest challenger eliminated from contention.

Greenville Triumph fans will be taking a special interest in this match as anything but a Kickers win clinches home-field advantage for the South Carolina side in the League One Final.

FC Tucson vs. Orlando City B

The only thing at stake in this one is pride. Orlando City B will be in search of its first win since August 7, while FC Tucson will be hoping to end the season on a high note and finish in the top half of the table.

While Richmond has the most to gain on Saturday, Omaha looks like it has the most to lose in Week 14 and faces the toughest opponent of the weekend. A Richmond win against Tormenta FC essentially makes this match a must-win for Omaha and puts pressure on Greenville to get something out of the game in order to clinch home-field advantage in the 2020 League One Final. Los Buhos could follow up the Kickers’ win with a draw in South Carolina and still be mathematically alive, but a point will likely only delay the inevitable. A Kickers loss or draw and an Omaha win, however, will make the final week of the regular season very interesting.

Triumph SC has taken maximum points at Legacy Early College this season, so Head Coach John Harkes’ side will be feeling confident it can get what it needs out of this match to ensure a home game in the League One Final on October 30th. If Richmond drops points on Saturday, the pressure is off and the Triumph will be solely playing to complete a perfect home record in the regular season.