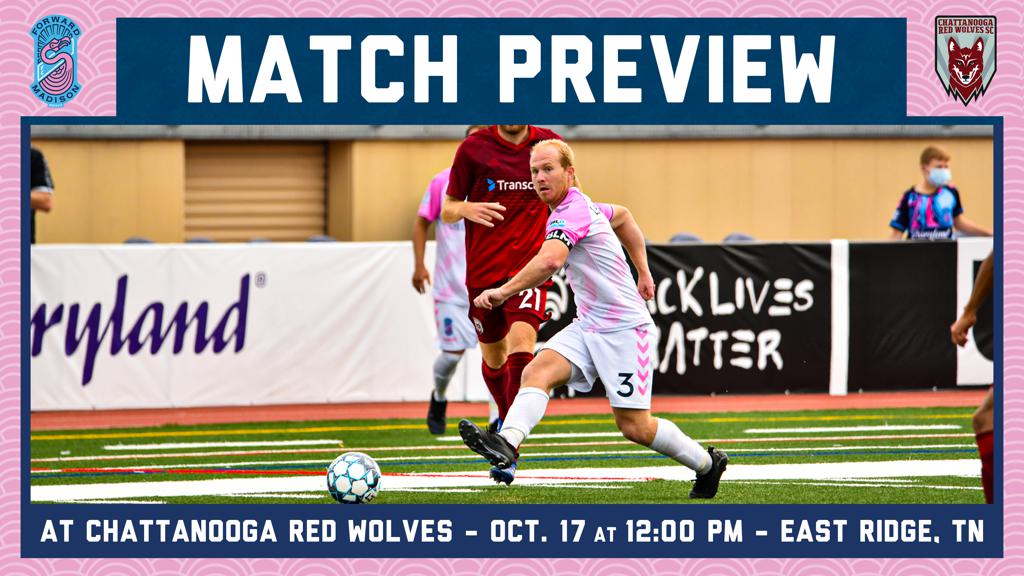 Forward Madison will enter the final three-game stretch of its sophomore season Saturday afternoon when it takes on Chattanooga Red Wolves SC in a lunchtime kickoff. FMFC currently sits in eighth place, six points out from a spot in the USL League One Final and thus in desperate need of a win to stave off potential elimination.

The Flamingos inched closer to the postseason on Wednesday, but couldn’t pick up a full three points during a 2-2 come-from-behind draw at Fort Lauderdale CF. FMFC captain Connor Tobin was shown a red card during the final minutes of that match, meaning he will be suspended for Saturday’s game.

That suspension will leave Head Coach Daryl Shore with a hole to fill at center back, where Tobin has reliably partnered with Josiah Trimmingham. The prime candidates to fill the spot include Jalen Crisler, who has only played once since an early-season injury; Gustavo Fernandes, who has shown versatility in multiple positions; and Eric Leonard, who has mainly served as a defensive midfielder.

The Flamingos will also have to deal with adjusting to fatigue after just two days rest, with another game next Wednesday looming on the horizon. With three points a virtual necessity to stay in the postseason race, though, FMFC needs as strong a lineup as possible.

Ultimately, though, Shore’s team will be happy with any scenario that allows them to pick up a win. The Flamingos are unbeaten in four straight games, but have drawn their last three, leaving much-needed points on the table during the home stretch.

On the other side, Chattanooga Red Wolves enter Saturday’s game one point ahead of Forward Madison in the League One standings. The Red Wolves had climbed to as high as second place, but three straight losses have sent their playoff hopes tumbling.

The Red Wolves are led by Scottish forward Greg Hurst, who has scored six goals in 10 games this season. Midfielder Mark Hernandez has also contributed during a breakout year, adding two goals and four assists for the team.

The Flamingos came out with a win during their only previous meeting with Chattanooga this year, claiming a 1-0 victory at Hart Park on Sept. 26 thanks to a goal from Michael Vang. The two clubs also met three times in 2019, with FMFC drawing twice and losing once.